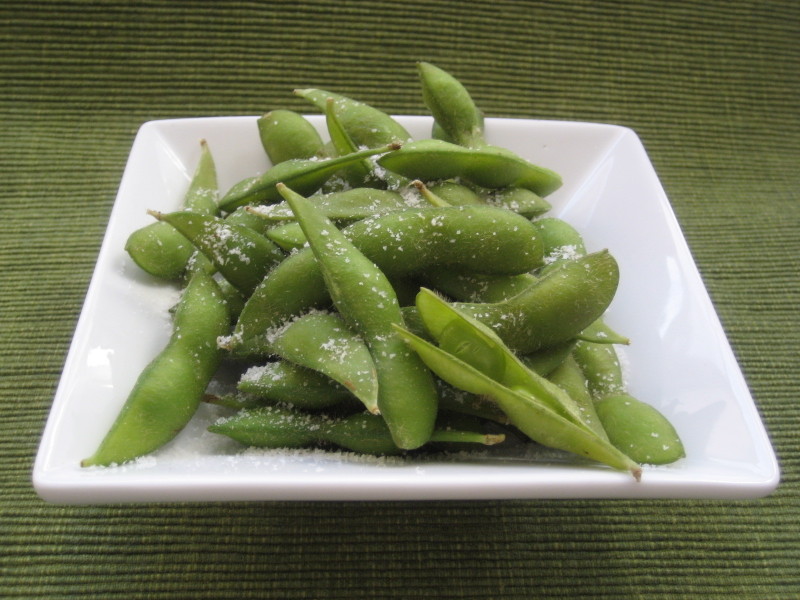 A must on our fusion Asian menus in Beirut, Edamame certainly looks bizarre. Elaine Magee tells us the story of this appetizer commonly served with sea salt in her Expert Column on webmd.com:

What’s so secret about edamame? Well, the name for starters. The first few times I heard it, I had to ask, “eda-whaty?” As it turns out, it’s just a fancy name for boiled green soybeans — and the real secret is that they are much yummier than they sound.

I knew edamame had “arrived” when I saw Faith Hill snacking on them during a backstage-type interview for Country Music Television. They’re the snack my favorite Japanese restaurant brings you when you sit down to a table, and they’re the after-school snack my daughter asks for by name.

Say what you will about the debate over the health benefits of soy: any way you slice it, the edamame is a star legume! Just 1/2 cup of them a day really punches up the fiber, protein and vitamin/mineral content of your diet.

Here’s what you’ll find in a half-cup serving of shelled edamame (or 1 1/8 cup edamame in the pods):

As you can see, that little serving of edamame gives you a bunch of fiber: 9 grams, about the same amount you’ll find in 4 slices of whole-wheat bread or 4 cups of steamed zucchini. It has almost as much protein as it does carbohydrate. It contains around 10% of the Daily Value for two key antioxidants; vitamins C and A. And for a plant food, it’s quite high in iron; it has about as much as a 4-ounce roasted chicken breast.