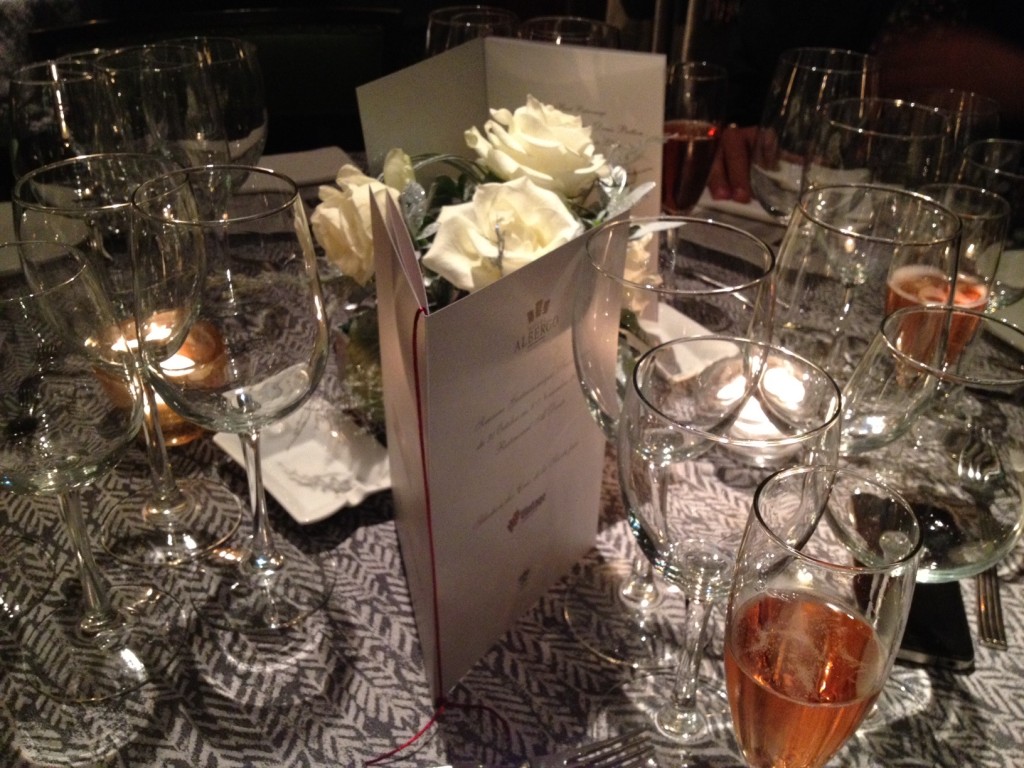 There are things in life one should not miss. In my case, since I have such a strong passion for good food and fine dining, attending the French Gastronomic Week in Lebanon was a must.  This event is special in many ways; not only do we get to try dishes prepared by outstanding chefs from France, but this year’s edition marked the 10th anniversary of its well renowned “French Gastronomic Week” at the Al Dente restaurant.

More so, this year’s Festival of French Gastronomy coincided with the 1st anniversary of UNESCO declaring French cuisine “World Intangible Heritage.” This international recognition seeks to protect cultural practices in the same way as UNESCO protects sites of cultural value or great natural beauty. French gastronomy has been singled out by UNESCO experts as a “social custom aimed at celebrating the most important moments in the lives of individuals and groups.”

So, I booked myself a table on the second day of the event to check out how Chef Jean-Pierre Jacob from “Le Bateau Ivre,” Hôtel Ombremont, Le Bourget du Lac would impress us. Here’s what Chef Jean-Pierre prepared for the evening with my humble opinion on each: 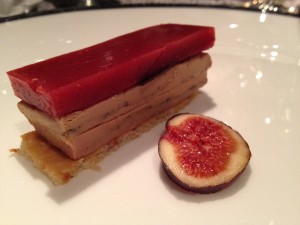 A four layered cake-like preparation of two slices of foie gras, laid on a crunchy brioche “Blinis”, topped with thin red fig jelly and accompanied with a slice of dark chocolate; the mixture was to die for. Your teeth would travel from one layer to the other leaving the honor for the tongue to indulge in the different aromas combined in this entree extravaganza. A half of a fresh Lebanese fig decorated the plate with a certain class.

Brochet is a fish with an elongated form and pointed head, thus slightly resembling a pike. It is highly colored and has an oscillated spot at the root of the tail that explains the yellowish aspect of the dish. It is an inhabitant of the fresh waters of South America and Trinidad. 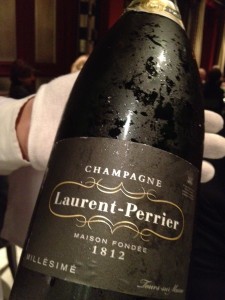 It was prepared in a mousse style, with a crayfish emulsion. The combination of fish and freshwater crustaceans resembling small lobsters is a marriage that no one thought about before. Topped with grilled almonds, it makes you say ‘mmmmmm.’

For the occasion, before passing to more serious details, we had the special edition “Laurent Perrier Champagne, 2002″ adding a majestic touch to this tasting journey.

Crunchy, adequately cooked lobster, cut in cubes, all surrounding a freshly mixed citrus dressing with a verbena green juice. Plates were simple, clean and clear, full of taste and creativity where every bite tells a story of passion and love. I won’t call that eating, but rather an enjoyment of life.

Lavaret is a European whitefish found in high lakes. It was prepared in a sushi style roll. I’ll be honest by saying that the presentation of this dish was not that appealing, but after tasting it, my perception surely changed. 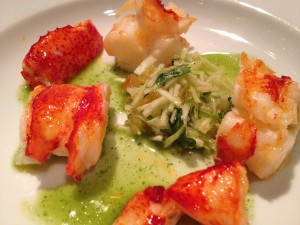 This dish is intriguing. We received a plate with 4 pieces, placed one next to the other. We didn’t understand what is it was exactly and where we should we start.

The waiter then came by and added confit and ravioli to the hare chestnut dark soup. It was a superb dish.

After enjoying the creativity of Chef Jacob, it was time for desert. 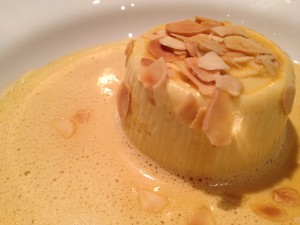 A well prepared creative ensemble of biscuit, apple confit, and caramel mouseline; one layer over the other in a tower-like shape, floating in green apple sweet sauce.

The overall experience, the ambiance, and the charm of the restaurant were amazing; adding to it the welcoming note and the tombola games prepared by the sponsors. All this made the experience unforgettable.

I was one of the lucky winners who won a champagne bottle, while others won plane tickets, and vouchers to meet with the chef himself in France.

The average price was fair for such an event, and especially cheaper than similar events around town. We paid $180 person all inclusive.

Waiting for next year, I will surely reserve earlier to find a table for every night.