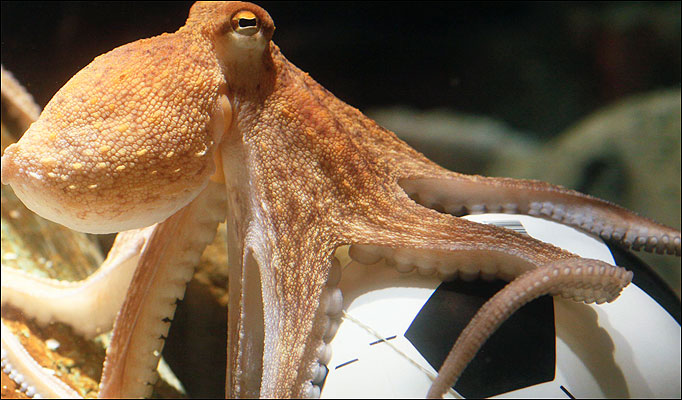 According to reports from Germany, the octopus that gained worldwide fame by correctly predicting World Cup results has passed away. The German news agency “DAPD” says the death of Paul the Octopus was announced by the aquarium in Oberhausen.

However, the aquarium could not be reached for any comment. Paul correctly predicted the results of all games involving Germany at this past summer’s tournament in South Africa, and also picked Spain to win the final over the Netherlands.