Origins of Cigar and How to Smoke it

The inhabitants of the islands of the Caribbean Sea, Mexico, and Mesoamerica have smoked cigars since as early as the 10th century, as evidenced by the discovery of a ceramic vessel at a Mayan archaeological site in Uaxactún, Guatemala. The vessel was decorated with the painted figure of a man smoking a primitive cigar.

It is Christopher Columbus who is generally credited with the introduction of tobacco to Europe. Two of Columbus’s crewmen during his 1492 journey, Rodrigo de Jerez and Luis de Torres, are said to have encountered tobacco for the first time on the island of San Salvador in the Bahamas, when natives presented them with dry leaves that spread a peculiar fragrance. Tobacco was widely diffused among all of the islands of the Caribbean and therefore they again encountered it in Cuba, where Columbus and his men had settled. 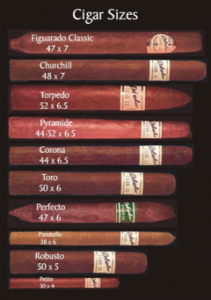 Around 1592, the Spanish galleon San Clemente brought 50 kilograms of tobacco seed to the Philippines over the Acapulco-Manila trade route. The seed was then distributed among the Roman Catholic missions, where the clerics found excellent climates and soils for growing high-quality tobacco on Philippine soil.

In the 19th century, cigar smoking was common, while cigarettes were still comparatively rare. The cigar business was an important industry, and factories employed many people before mechanized manufacturing of cigars became practical. Many modern cigars, as a matter of prestige and quality, are still rolled by hand, most especially in Central America and Cuba: some boxes bear the phrase totalmente a mano (totally by hand) or hecho a mano (made by hand).

Tobacco leaves are aged using a process that combines use of heat and shade to reduce sugar and water content without causing the large leaves to rot. This first part of the process, called curing, takes between 25 and 45 days and varies substantially based upon climatic conditions as well as the construction of sheds or barns used to store harvested tobacco. The curing process is manipulated based upon the type of tobacco, and the desired color of the leaf. The second part of the process, called fermentation, is carried out under conditions designed to help the leaf die slowly. Temperature and humidity are controlled to ensure that the leaf continues to ferment, without rotting or disintegrating. This is where the flavor, burning, and aroma characteristics are primarily brought out in the leaf.

Once the leaves have aged properly, they are sorted for use as filler or wrapper based upon their appearance and overall quality. During this process, the leaves are continually moistened and handled carefully to ensure each leaf is best used according to its individual qualities. The leaf will continue to be inspected, reinspected, and baled again repeatedly as it continues its aging cycle. When the leaf has matured according to the manufacturer’s specifications, it will be used in the production of a cigar.

Quality cigars are still hand-made. An experienced cigar-roller can produce hundreds of very good, nearly identical, cigars per day. The rollers keep the tobacco moist—especially the wrapper—and use specially designed crescent-shaped knives, called chavetas, to form the filler and wrapper leaves quickly and accurately. Once rolled, the cigars are stored in wooden forms as they dry, in which their uncapped ends are cut to a uniform size. From this stage, the cigar is a complete product that can be “laid down” and aged for decades if kept as close to 21°C (70°F), and 70% relative humidity, as the environment will allow. Once cigars have been purchased, proper storage is usually accomplished by keeping the cigars in a specialized wooden box, or humidor, where conditions can be carefully controlled for long periods of time. Even if a cigar becomes dry, it can be successfully re-humidified so long as it has not been handled carelessly.

Some cigars, especially premium brands, use different varieties of tobacco for the filler and the wrapper. “Long filler cigars” are a far higher quality of cigar, using long leaves throughout. These cigars also use a third variety of tobacco leaf, a “binder”, between the filler and the outer wrapper. This permits the makers to use more delicate and attractive leaves as a wrapper. These high-quality cigars almost always blend varieties of tobacco. Even Cuban long-filler cigars will combine tobaccos from different parts of the island to incorporate several different flavors.

In low-grade and machine-made cigars, chopped up tobacco leaves are used for the filler, and long leaves or even a type of “paper” made from tobacco pulp is used for the wrapper which binds the cigar together. This alters the burning characteristics of the cigar, causing hand-made cigars to be sought-after.

Historically, a lector or reader was always employed to entertain the cigar factory workers. This practice became obsolete once audio books for portable music players became available, but it is still practiced in some Cuban factories. The name for the Montecristo cigar brand may have arisen from this practice.

How to Smoke a Cigar

To really appreciate your cigar, smoke slowly and not draw too frequently, which will heat it and spoil the taste. You should take about a puff a minute. To smoke a corona should take about one half hour, and the bigger cigars such as a Churchill or a Double Corona can take more than an hour.

Other than that, there are many times that are especially good for cigar smoking – after meals being a particularly popular choice. There’s nothing quite like relaxing in a comfortable chair with a cigar and a nice stiff drink. A good rule of thumb is to always allow yourself at least an hour to properly appreciate the cigar. Some of the bigger cigars may require more time even than this.

Before You Light Up

Steps to Light the Cigar

Inhaling
You should not inhale the cigar smoke. The high alkalinity and poor amount of nicotine will make you cough and besides, you can enjoy a cigar’s flavor and body without inhaling.

The biggest factor in blowing good smoke rings is practice. With that in mind, Try this technique. First, you need a cigar with dense smoke, and a place with still air. Don’t waste your time trying to blow smoke rings in a breeze! Draw a thick puff of smoke into your mouth. Hold it there and open your mouth slowly. Make an “O” with your mouth, (maybe more of a rounded “oh”) – definitely not a pucker like a kiss. Curl the tip of your tongue down, and pull your tongue all the way back. Now, when blowing a ring, you’re actually not exhaling. You’re just pushing out the smoke in your mouth with your tongue in short bursts – like a piston, only in a relaxed way. It’s actually a really gentle motion. Push forward with your tongue, with perhaps a slight recoil at the bottom.

Many have wondered if you should remove the band from the cigar before lighting it. It is really a personal choice to remove the band of the cigar, but do consider that in certain places it is considered rude to advertise the brand you’re smoking. If you decide to take off the band, wait until you have smoked the cigar for a few minutes. The heat will make the gum on the band less adhesive and easier to remove without tearing the delicate wrapper.

How to Cut a Cigar

First, it is very important to make a clean cut so ensure you have a quality cigar cutter. A clean cut made with the right tools and in the right place will decrease your chances of having the cigar unravel, which may make for an unpleasant smoke. A clear and regular cut is key.

At the head of the cigar (the covered end that goes in your mouth), you will see the cap, which is a round piece of tobacco that is glued to the head to keep the wrapper together. This cap is put on the head of the cigar during the hand-rolling process to keep it from unraveling and drying out. You should see a distinct line where the cap ends.

You only want to remove the outer layer of wrapper, not cut off a centimeter of tobacco. To ensure a clean cut and to avoid tearing the wrapper, cut just before the cap leaving 3-4 mm. (Tip: On figurados, just cut off enough so you can see the filler.) For the best results, try making one quick, strong movement. Tip: For bullet punch cutters, insert the punch on the head of the cigar to cleanly cut a small hole. If you prefer lots of smoke, you’ll want to cut a bigger hole so you would need to punch several times in that area of the cap. Bullet punch cutters are popular because of their key ring accessibility, but unfortunately, they will not work on Figuardo’s.

How to Ash a Cigar

I have been told it is bad form to shake the ash of a cigar, why?

That is because the better the cigar has been made the longer the ash. However, it is not necessary to shake the cigars to make the ash fall prematurely, nor is there need to try to keep it as long as possible: too long, it obstructs the airflow and irregular combustion develops. I will admit that I have been guilty of this because it is fun to see how long you can keep the ash!

How do I know when I should put down a cigar? I read on the Internet that you should never smoke more than half.

When to Put it Out

When a cigar begins to let off too much heat and leaves an aftertaste in your mouth (generally during the last 2 inches), it is time to put it off. You don’t have to put off a cigar like a cigarette by crushing it on an ashtray: just let it stop burning by itself inside the ashtray. Do throw it away soon to avoid impregnating the room with the tenacious odor of cold tobacco.