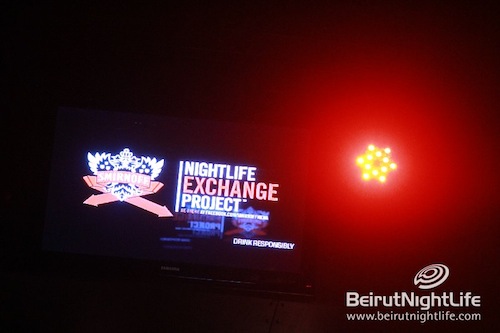 The makers of Smirnoff reveal that on November 27, 2010, Lebanon will receive the best of Thailand’s nightlife culture as part of The

Smirnoff Nightlife Exchange Project – a one-of-a-kind global experience in which 14 countries pair up to exchange crates containing the best of their local nightlife. In turn,Thailand will receive the best of Lebanon’s homegrown nightlife, as voted by the public.

Continuing on a mission to inspire and enable unique experiences, the Smirnoff Nightlife Exchange Project has uncovered the best of global nightlife, and will now celebrate the outcome when two very different cultures unite to create something extraordinary. A community of more than 13,000 fans on Facebook www.facebook.com/smirnoffmena made up of people from across the country submitted numerous suggestions for what best characterises nightlife in Lebanon – from fashion  trends and musical styles to locally inspired cocktails. Once all of the suggestions were in, maDJam the curator of the project, selected the ones that best represented Lebanon’s vibrant and varied nightlife. These ingredients will now be packed into a crate for Thailand to experience when the world swaps nights in an epic finale on November 27.

It can now be revealed that Thailand can look forward to experiencing the best of Beirut’s nightlife, as suggested by Lebanese partygoers:

Hostesses will stand at the entrance, welcoming guests in traditional Lebanese outfits such as tarboush, sherwal, or abaya. The “I want to fly” bar-hopping spirit will be at the rendez-vous, reaching its peak with the table-top dancing. Giant screens projecting live concerts at 1 a.m. A Lebanese percussionist will play a striking Lebanese beat for the night, inviting everyone to feel the heat of a far away tempo. At the same time, a follow spot will highlight a belly dancer, who will take the audience on the Aladdin carpet of mystical dreams.

Furthermore, a food and beverage section will quench all cravings and bond the Thai and Lebanese hospitability tradition by offering oriental specialities such as Knafeh, Manakich, and Shawarma, until the early morning, a Mediterranean taste to savour! Thai guests will also enjoy the presence of a fortune teller, who will be reading their palms or predicting their future in a cup of Lebanese traditional coffee. Henna tattoo drawn by a henna artist will keep the memory of that unique night engraved in everyone’s hearts.

MadJAM is now going through all the ideas to make the final decision as to what will go in the crate for Thailand, but we know he has already selected the Lebanese belly dancer idea and the percussionist. What is certain is that once those elements are shipped to Thailand, everybody will enjoy with no doubt the most amazing experience ever!

For more information and to win the chance to Be There, become a fan of Smirnoff Mena at www.facebook.com/smirnoffmena

“I’m so glad we have all the best elements of Lebanon’s nightlife packed up and sent off for the party people of Thailand to enjoy,” explains maDJam, the curator for Lebanon. “After weeks of going through so many great ideas of what makes Lebanon’s nightlife so incredible, I seriously can’t wait for the event on November 27th. It will really be a one-of-a-kind experience. Thailand, are you ready?”

What can we expect to land in Lebanon? Having conducted a similar search for the best of their nightlife, rallying ideas from the public on best-loved tracks, favourite cocktails and up and coming Thai talent, Thailand’s nightlife will be taking over Beirut on November 27. Fans can expect to sample a taste of Thailand’s world famous “Full Moon Party” that is certain to be full of surprises that will keep the party going until the early morning. The evening will include some jaw dropping performances by fire artists, who will dazzle the crowd with their skilful fire play, to create the most extraordinary evening.

Straight from Thailand, the talented DJ “Boy Backyard” will spin progressive, break-beat, and electronic tunes, right out of headlining the Pattaya Music
Festival, the biggest such festival in Thailand.

As part of the entire exchange, Kenji, the worldwide Global Smirnoff Ambassador has developed a local version of the Smirnoff Moscow Mule adapted to each country. People in Thailand will get to taste the “Ater” (sugar syrup) infused Mule, inspired by Beirut’s local flavour, while partiers in Beirut will get a taste of lemongrass in their drink.

To further involve the global community around the Nightlife Exchange Project, the Smirnoff Co. has created a new collaborative music platform Beat of the World, launching soon – which will allow people from around the world to get involved and help create an exclusive track that will be played at the finale events on 27th November 2010.