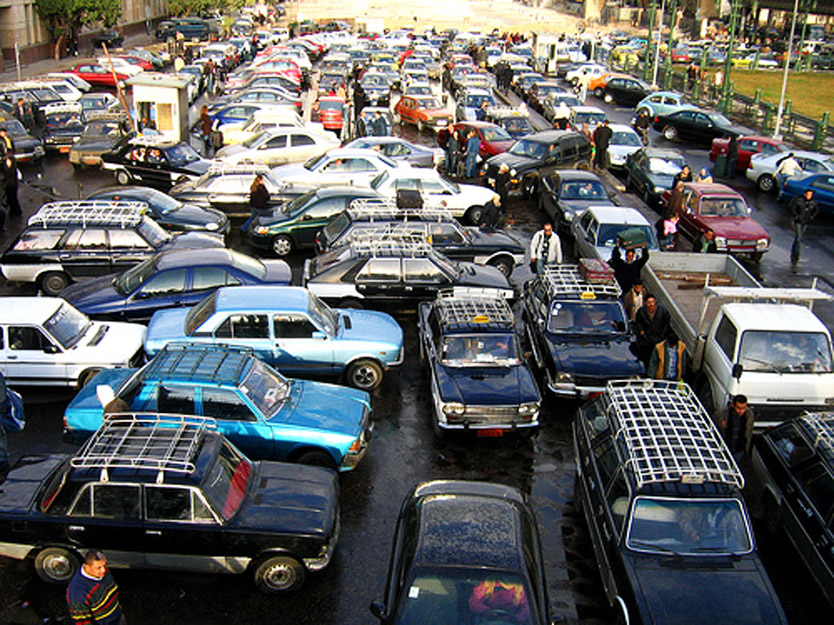 On a typical day in Lebanon, no matter where you live or work, a simple drive from point A to point B could induce heart attacks, stokes, and/or anxiety attacks amongst the best of us. Regardless of trying every known or undiscovered shortcut (until you start sweating through your eyeballs), you will still get stuck in traffic, drive into a ditch, or get verbally harassed by another road-raged driver. Why bother driving in the first place? “Yiii, my prestige doesn’t allow me to walk or use public transportation!” 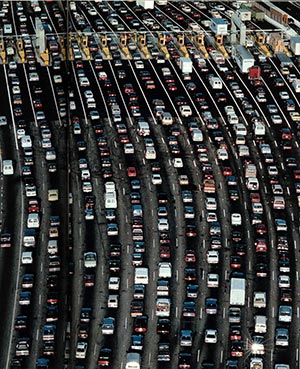 In our 10,452 km² country and on our “very strategically built” highways, why all the traffic? Where in the heck does it start and end? You could be speeding down the road enjoying the music, when all of a sudden: a traffic jam (it begins and ends for no logical reason at all). I’ve come to notice a few reasons as to why this happens:

1.       Shops at the side of the road: Cars are ALWAYS parked in front of those shops, and it is inevitable that everyone must panic once a motorist attempts to drive back onto the highway. WHY is this so difficult? Cars driving by simply cannot slow down without creating havoc, and the motorist who is reversing out of their parking space suddenly forgets how to drive like a human being. The result: panic, and thus traffic.

2.       Car accidents: No, I do not mean car accidents on the highway you are actually driving on; I mean accidents on the highway to your left. All motorists simply must stop (because the road belongs to their fathers) and stare at the accident (to check what car it is, if anyone died, and tell the whole world that they saw it first– Reuters style). Some motorists even get out of their cars and join the police men and ambulance drivers on the scene of the accident – why they do this, I will never know!

3.       Left lanes: Almost everyone is always driving on the left lane. In all fairness, it is supposed to be the fast lane (everywhere except in Lebanon), but here we all make our own rules – the Lebanese motorists will drive on the left at 30 kmph (any slower and they’ll be moving backwards), and God forbid that you honk at any of them because they own the roads and are too uncivilized to understand the concept of a “fast lane”. As a result, you will only receive a handful of insults (the only way a Lebanese motorist knows how to communicate). “Man, kermel heik ba3mol betweeneit.”

4.       Truck races: As per some Lebanese law (blah, blah), trucks are not allowed to be driven on any road before 9 am. Does anyone abide this law? Of course NOT! At 8 am, truck drivers are all lined up next to their trucks at the side of the road (which take the space of one entire lane and create tons of traffic just by being there), and at 8:30, the truckers are peeing in their pants with excitement because they simply can’t wait any longer. At 8:45, all you can see is trucks racing with each other to reach the nearest shortcut (shortcuts that WE take to avoid the traffic that those horrible trucks create), and when the trucks do remain on the highway, they race on both lanes and suffocate every motorist with their nasty emissions while they enlighten all of us with their wise words (written on the back): “La akhaf min shay2, bal taktolonee dam3ato 2oummee” (barf!) and “La tassra3 ya baba, el mama btekhod ghayrak” (ntebih ya baba!) and “3ayn al hassoud tubla bil 3ama” (no one is envying your ugly truck, you hairy smelly beast). WHO DOES THAT?!

5.       Traffic lights: Traffic lights in Lebanon create more chaos than order. I’d like to think that all motorists are colorblind, and that is why they cannot differentiate between red, yellow,

and green; but unfortunately that’s not the case. I always stop at a red light, and every time I do that I hear honks from cars behind me and remarks like “Shu, taree2 bayyik ya sh****?!” and “Shu, mfakra halik St. Theresa baddik t2at3é kel shi fi siyyarat?” and “Shu mfakra halik bi Monaco!?” Yes, abiding the law triggers extreme hostility amongst these uncivilized apes. What’s worse is, on a bad day motorists will all join angry oafish forces in crossing every green light (whether the road is clear or not) in order to make a “f*** the system” statement to the authorities that couldn’t care less if all those angry motorists drowned in a pit of shi*. 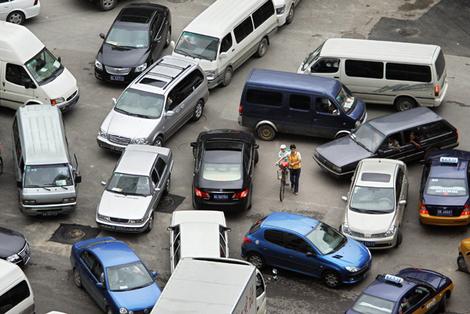 The saddest part is that after all these years of being stuck in traffic and dealing with uncivilized motorists, the majority of the Lebanese people still do not want to abide the law in order to avoid traffic (say no to progress!). People will still refuse the idea of attending driving school and abiding traffic laws, and they will still jump at the opportunity to insult a fellow motorist, run over a pedestrian or an animal, or throw every form of food, cigarettes, and garbage out of their windows (to pollute our country even more or dirty the windshield of the car behind them). As if that weren’t bad enough, us girls have to tolerate being harassed by sexually frustrated men while driving (which puts our lives in danger), and have to listen to their offensive and demeaning “shu ya ahsta” remarks.

What’s the solution to avoiding traffic then? Just wait for a speeding ambulance and chase it like every other retarded motorist does (and the next time you do that, please don’t forget how STUPID you look to be so jolly in a convoy led by a fricken ambulance.