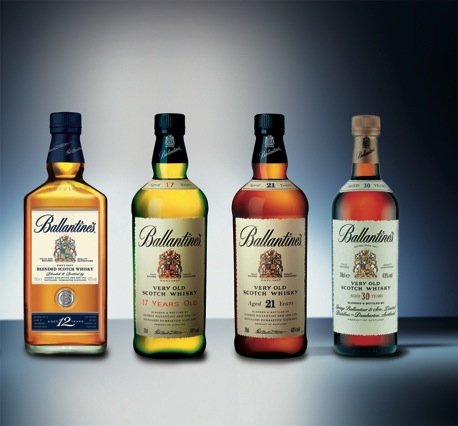 It all started back in 1827, where an enterprising gentleman, George Ballantine, opened up a grocery store and started selling some whisky (not his creation). Eventually, he let his son take over while he set up an establishment in Glasgow that did feature his own blends (Ballantine’s).

Today, Ballantine’s is recognized as the key global brand and the best selling Scotch whisky in the world. In fact, every second, two bottles of Ballantine’s are sold. 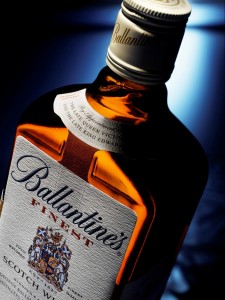 Over the past 10 years, Ballantine’s has gained more than 60 trophies and medals for its unique richness of character and perfect balance. The whole range along with the 30 Years Old is the most extensive in the world of Scotch and the most traditional of master blender’s dates back to 1827.

Ballantine’s Finest is a complex, refined and elegant blended Scotch whisky. It is regarded as the taste to satisfy a modern style.  It is a mix of single malts and grain whiskies from the four corners of Scotland— all aged for at least three years, and many for much longer. The signature malt flavours of Miltonduff and Glenburgie give Ballantine’s Finest hints of chocolate, apple and vanilla.

Ballantine’s 12 Years Old is a smooth and complex whisky, blended from over 40 specially picked single malt and grain whiskies, each matured for at least 12 years.

Originating from a classic recipe dating back over 75 years ago, the recipe for Ballantine’s 17 Years Old has remained largely unchanged since it was first produced. This recipe is closely guarded, and carefully handed down from master blender to master blender. It is the most awarded 17 year old whisky.

Discerning connoisseurs regard Ballantine’s 21 Years Old as the supreme premium Scotch whisky. It is the winner of the Wine & Spirit Challenge gold medal in 1998 and the most selling whisky blended in International Duty Free and selected domestic markets globally.

Ballantine’s 30 Years Old is the ultimate in super premium Scotch whisky, and ranks high among the most expensive and exquisite whiskies in the world.