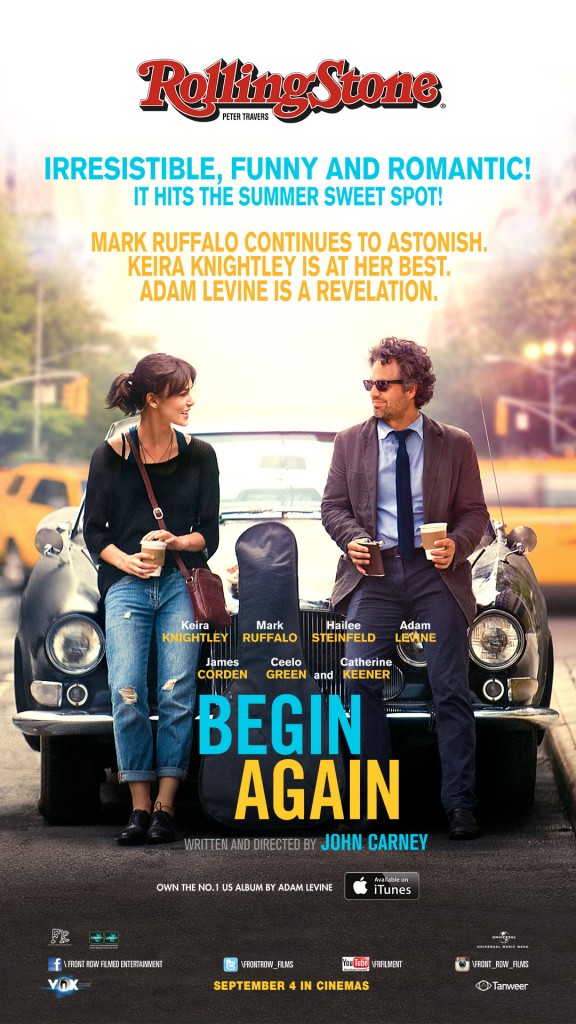 It’s not your typical love story and it’s not your typical musical! Begin Again features some of today’s biggest pop stars in an unconventional love story about making beautiful music. The film follows a busker and an immigrant as they write, rehearse and record songs that tell their love story. Starring Kiera Knightly, who sings beautifully in the movie (check out her song, Lost Stars here), Adam Levine, and Mark Ruffalo, this is the romantic comedy that will make your heart sing.

If you want to be one of the first to see it, we can send you to the premiere of Begin Again! Win tickets and join us for the premiere on Monday September 1st at 8 PM at VOX Cinemas, Beirut City Center. Just answer this question and it’s your chance to go into the draw to win!

Who plays Dan in the movie?