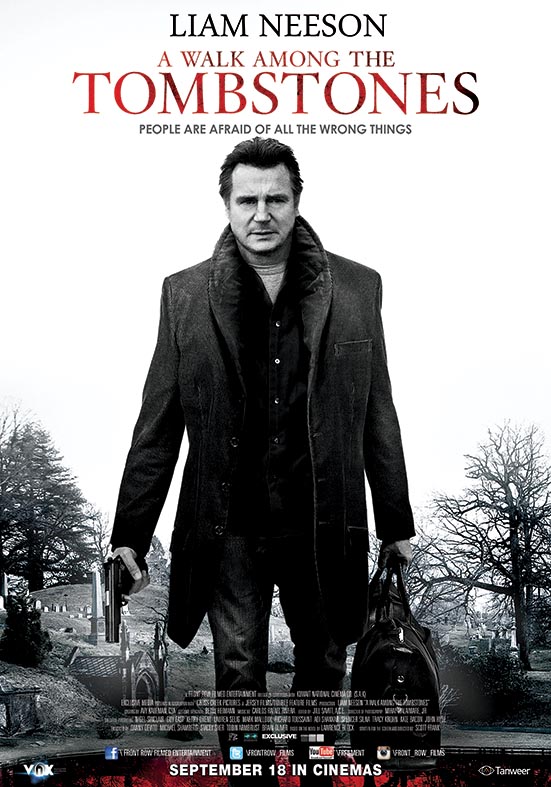 Are you excited to see the new Liam Neeson thriller “A Walk Among the Tombstones”? The crime drama film, which is based on a novel of the same name, follows private investigator Matthew Scudder, played by the Oscar-winning Irish actor’s character. The plot thickens as he is hired by a drug kingpin to find out who kidnapped and murdered his wife.

Answer the following question and you’ll be in the draw to win tickets to watch the movie before anyone else. The premiere is happening at VOX Cinemas in Beirut City Center on Tuesday September 16 at 8:00 PM. If you want to be there, just answer this question:

Who directed the movie “A Walk Among the Tombstones”?

Newer Post Get Wet at Riviera on Saturday!
Older PostBeirutNightLife.com Brings You the Official Lebanese Top 20 the Week of September 7, 2014