Summary: When a street magician’s stunts begins to make their show look stale, superstar magicians Burt Wonderstone and Anton Marvelton look to salvage on their act – and their friendship – by staging their own daring stunt.

Summary: During a preview tour, a theme park suffers a major power breakdown that allows its cloned dinosaur exhibits to run amok.

Summary: Two best friends decide to have a child together while keeping their relationship platonic, so they can avoid the toll kids can take on romantic relationships.

A Lonely Place to Die

Summary: A group of mountaineers in the Scottish Highlands discover a kidnapped girl and are pursued by her captors.

Summary: Five friends head to a remote cabin, where the discovery of a Book of the Dead leads them to unwittingly summon up demons living in the nearby woods. The evil presence possesses them until only one is left to fight for survival. 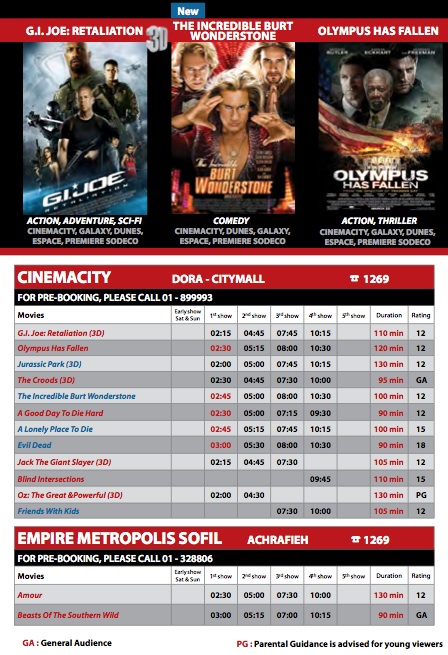 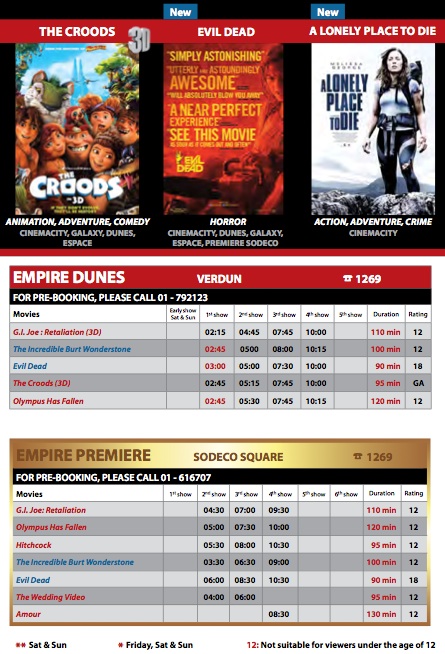 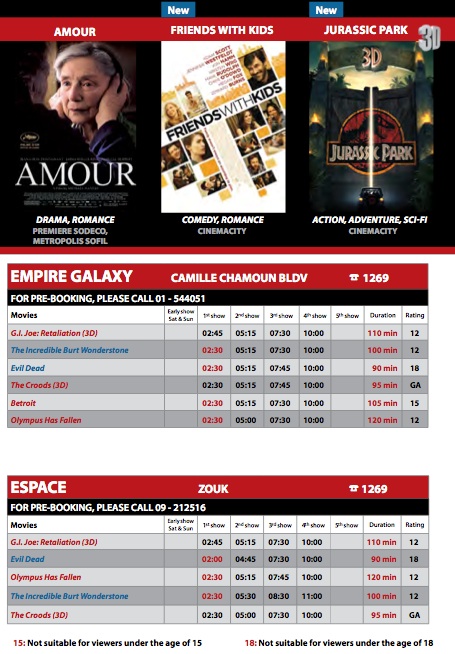 Newer Post Monot VS. Mar Mikhael- Battle of the Neighborhoods!
Older PostNicki Minaj gets a Lil steamy with wayne