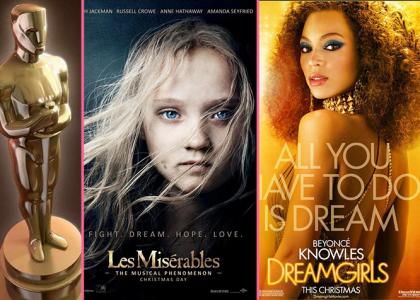 It’s no secret that the musical film genre has experienced a resurgence in recent years, and the Oscars will include a tribute to a few notable flicks at the big February 24th ceremony.

Producers Craig Zadan and Neil Meron announced the news with a press release this week, and this year’s Best Picture nominee “Les Miserables” will be included in the feature.

“The musical as a motion picture genre has had a remarkable renaissance in the last decade. We are excited to showcase three musical films- ‘Chicago,’ ‘Dreamgirls,’ and ‘Les Miserables’- on our Oscar show.