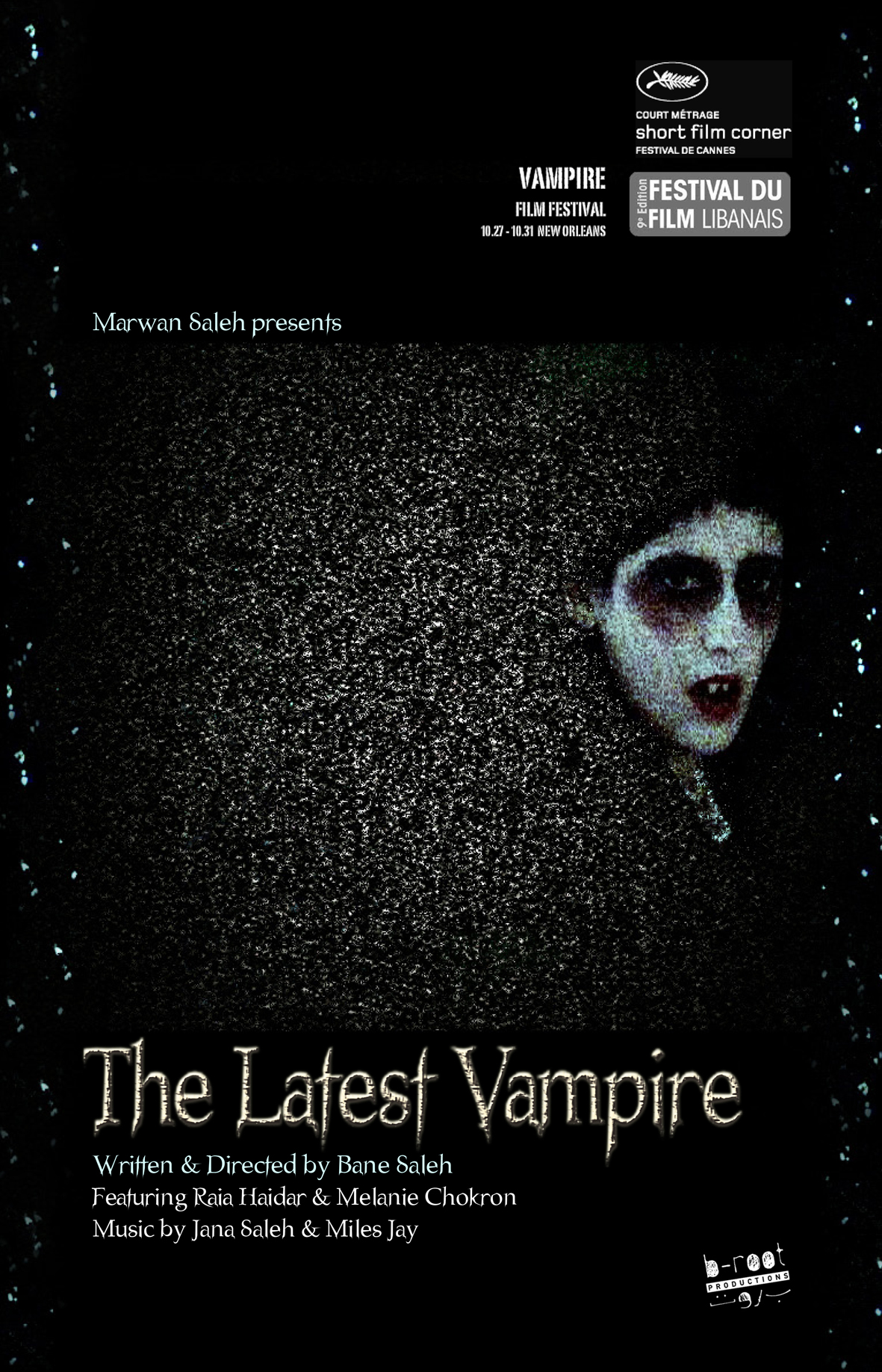 “The Latest Vampire” is a lonely being, thirsty to find a prey. As the spectator accompanies him through his hunt, he falls with affection for this unconventional and extremely familiar creature to which, he finally identifies. “The Latest Vampire” could be you me or anyone… Intimidation, continuous interrogation, victimization or pure indifference have a common motive: “Stealing energy”. This short film invites you to look within and identify which patterns you use unconsciously to dominate and steal energy from others, as we all do!  At a larger scale, these patterns reflect the world’s dynamics. Many wars and political and social conflicts are driven by the desire to acquire more water, more gas, more land: More energy.

Bane Saleh is a young Architect and Filmmaker that graduates from the Ecole Spéciale d’Architecture in Paris in 2004 and obtains a master degree in scenario planning from the Southern California Institute of Architecture in Los Angeles in 2005. Since her debuts, she investigates the relationship between Film and Architecture, which becomes her main interest of research. She teaches and practices architecture and film which leads her to design, boutiques, apartments, large scale and urban projects, digital settings for theater plays and large scale events, complex interactive and narrative presentations and to write and direct 3D animations and shorts

The film will be showing at the Vampire Film Festival in New Orleans in Louisiana (land of the TV series True Blood) on Halloween night this month.