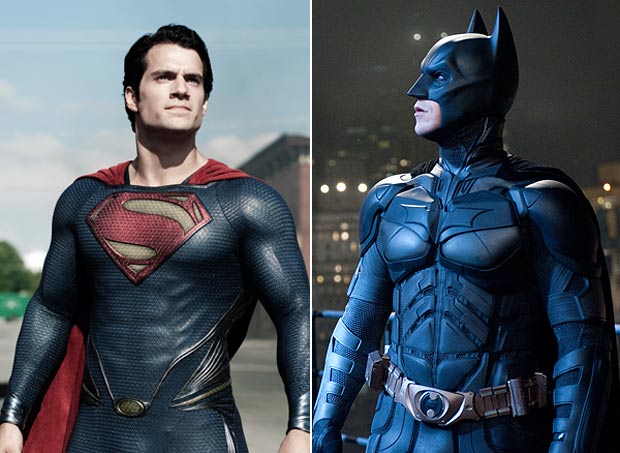 SUPERMAN is set to clash with Batman in the next DC Comics blockbuster.

Man of Steel director Zack Snyder told the audience at ComicCon the two caped crusaders would meet in a follow-up to the Superman smash, to be released in 2015.

And he later confirmed that Brit star Henry Cavill would return for the Superhero twin-up – along with co-stars Amy Adams, Laurence Fishburne, and Diane Lane.

He said: “I’m so excited to begin working again with Henry Cavill in the world we created, and I can’t wait to expand the DC Universe in this next chapter.

“Let’s face it, it’s beyond mythological to have Superman and our new Batman facing off, since they are the greatest Superheroes in the world.”

Dark Knight star Christian Bale hung up his cape after completing the trilogy and is unlikely to return to the black suit for this movie.

After Dark Knight Rises he said: “We were incredibly fortunate to get to make three Batman films. That’s enough. Let’s not get greedy.

“It’s a torch that should be handed from one actor to another. So I enjoy looking forward to what somebody else will come up with.”

Man of Steel was produced by Dark Knight director Chris Nolan and has already grossed nearly £200 million at the box office.

Zack caused a huge stir when he turned up to address an excited audience at the US convention.

He said: “I just wanted to say thanks to everyone for supporting the movie.

“It was great working with such an awesome character and have everyone respond. But I wanted to come up personally, because I know there’s been a lot of speculation about what we’re doing, and I wanted it to come from me and say that it’s official that we’re going to do another Superman movie.”

He then told them he had “pored through the DC Universe to find a way to tell you this thing, and I came across a thing that might sum it up.”

Then he got Man of Steel actor Harry Lennix on stage to read an extract from Frank Miller’s graphic novel, The Dark Knight Returns — which sees the two superheroes locked in bitter conflict.

He then unveiled the famous Superman badge with the wings of the Batman symbol behind.