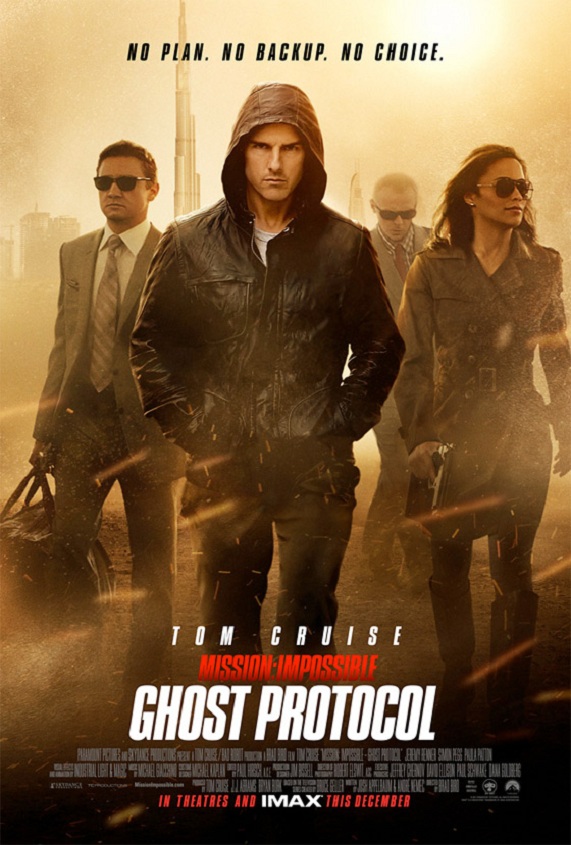 Action, action and more action! That is what I have to say about the newest Mission Impossible picture. Grand Cinemas kindly invited BNL to attend the pre-screening of Tom Cruise’s latest Mission Impossible flick, “Ghost Protocol”. I will not give too much of the plot away but I will say, this film will have you at the edge of your seat from the first scene to the last. The spy gadgets used made me wonder, do special agents really have access to such devices and if they really go that far to protect documents or hidden information?

I am extremely pleased that Tom Cruise kept his role as Agent Ethan Hunt, as Tom is the only actor that can stick to the true Mission Impossible protocol. Actor Simon Pegg, best known for his leading role in Shaun of the Dead, added a special touch and comedic value to the action packed film. This film is definitely one to watch on the big screen, so I urge you to check it out once showing at theater near you.

The story (without giving too much away): The IMF is shut down when it’s implicated in the bombing of the Kremlin, causing Ethan Hunt and his new team to go rogue to clear their organization’s name. And so the madness begins…