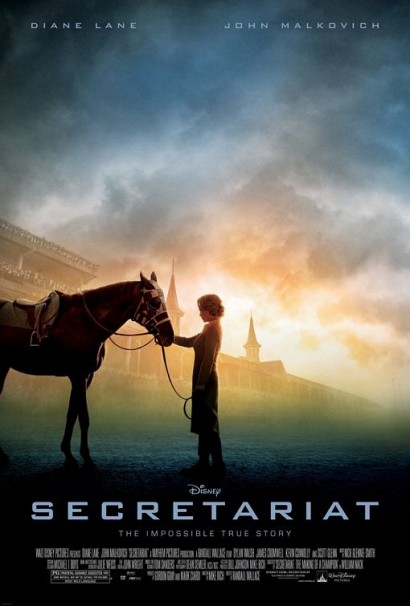 This heart-warming Disney movie is based on the touching impossible true story about the journey of the legendary 1973 Triple Crown winning horse, Secretariat, whose record remains unbeaten and unapproached till this very day.
His owner, Penny Chenery Tweedy (Diane Lane) is joined by trainer Lucien Lauren (John Malkovich) and a group of friends, family, and colleagues who are determined to defy all odds and lead the magnificent stallion to victory. 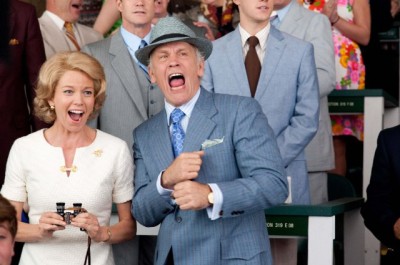 The writer, Mike Rich managed to bring warmth to the characters and depth to the story, while
Diane Lane, John Malkovich and the rest of the cast gave superb performances. The director, Randall Wallace and his crew created a masterpiece; watching it made me feel that I’m actually in the 1970’s because the cinematography, the costumes, and the acting were just right. With all these aspects put together, the result is a compelling movie even though the audiences already know the ending. 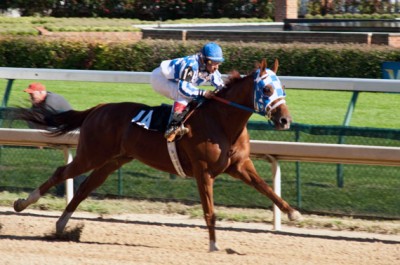 Secretariat received a lot of critical acclaim, and is one of the most moving and touching movies I’ve ever seen. It is a must-see movie for men and women of all ages.
It will be released in Lebanese theaters on November 25.