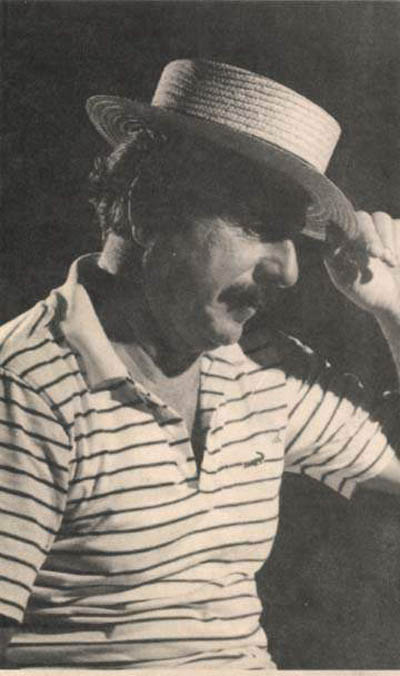 The late Lebanese phenomenon Joseph Sakr (1942-1997) one of the familiar voices to many generation in Lebanon especially in the theatrical scene with Ziad Al Rahbani. Months before passing away, Joseph launched his latest album “Bema Enno” which had a huge impact and success on the Lebanese scene. His loss was a tragedy not only to Lebanon and Ziad Al Rahbani specifically, but for all arab listeners with his exceptional voice.

Joseph Sakr was born in Kartaba 1942. Monthes before his shocked dieing, on the first day of 1997, Joseph latest Album “Bema Enno” was just realised with a very big success. Joseph began his long journey in music and theatre by joining “al ferqa al shaabia al lobnaniya” (mayss el rim, Loulou,…) established by Rahbani brothers in the 60’s. He later on joined Ziad in his first play “Sahrieh” in 1973. After that, Joseph joined all Ziad’s plays and became the star of Ziad Rahbani master peices. Married to Ghada and father to Raji and Zeina.