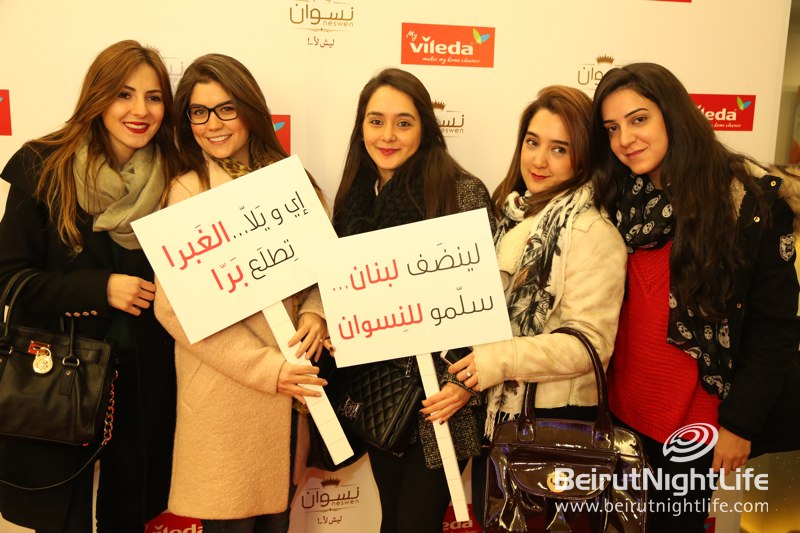 The black comedy about women taking over, Neswen, had its avant premiere at Grand Cinemas in ABC Dbayeh on Wednesday night for a crowd of eager movie watchers. Hosted by household company Vileda, the Lebanese film’s premier was attended by many media and social figures, as well as the actors themselves. Guests posed for some great photos with funny picket signs and had a great time watching the movie.