Leonardo DiCaprio Takes on The Devil in the White City 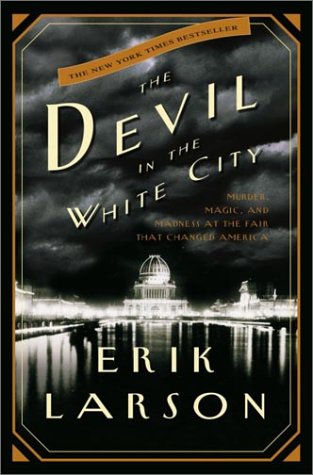 Leonardo DiCaprio is attached to star and will produce a big screen adaptation of Erik Larson’s novel “The Devil in the White City.” He’ll produce with his Appian Way partner Jennifer Killoran and Double Feature principals Michael Shamberg and Stacey Sher.

Bringing Chicago circa 1893 to vivid life, Erik Larson’s spellbinding bestseller intertwines the true tale of two men–the brilliant architect behind the legendary 1893 World’s Fair, striving to secure America’s place in the world; and the cunning serial killer who used the fair to lure his victims to their death. Combining meticulous research with nail-biting storytelling, Erik Larson has crafted a narrative with all the wonder of newly discovered history and the thrills of the best fiction.

DiCaprio would play the serial killer in the film.

The book spent three years on The New York Times bestseller list, has sold 2.3 million copies and has been translated into 17 languages.

“I think that a guy who is that intelligent and that charismatic is nothing less than complex, and it’s that complexity that (DiCaprio) is drawn to,” said Killoran about DiCaprio’s decision to play the evil role. “And because people don’t know much about him, it makes it even more interesting.”

They are now looking for a writer or writer/director before setting up the project at a studio.