Lebanon- A Movie in a Tank 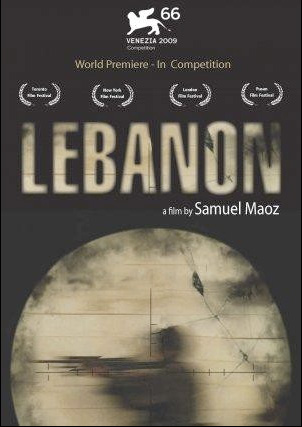 Samuel Maoz’s new movie, “Lebanon is a sensual film in the dictionary sense of the word. The majority of the action takes place inside the tank, and a hot, sweaty, rusted-out place it is, rank with the odours of men and fear,” according to the Toronto International Film Festival guide.

This movie tells the tale of a lone tank and a platoon of paratroopers during the Lebanon War. The movie is based on Maoz’ own experience during the war. He was a “twenty-year-old novice soldier in the initial days of the first Lebanon War. Traumatized by his time in combat, he for years manifested his distress as outbursts of anger and long stretches of depression.” Maoz’ personal demons caused him to take almost 30 years to adapt his story to a fictionalized tale.

The film is shot in the director’s native Hebrew and runs 95 minutes long. This is showing at the Venice Film Festival, where it debuted, and will be at the Toronto International Film Festival.