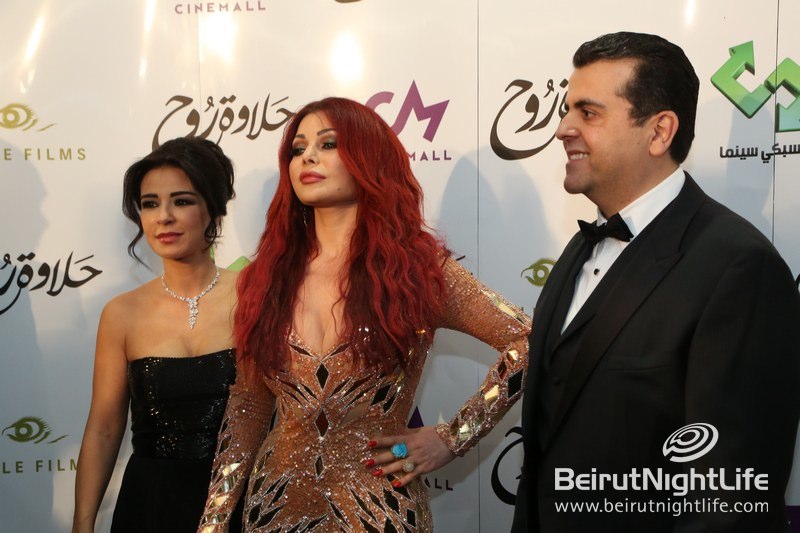 Lebanon’s favorite popstar Haifa Wehbe just released her new film Halawet Rouh and the star-studded avant premiere was held at Cinemall in Le Mall Dbayeh on Tuesday night. Guests arrived on a red carpet and enjoyed a gathering at the cinema’s lobby before watching the film. Of course the woman of the hour, glamorous Haifa attended the premiere in a sexy shimmering dress with her long flowing hair let down. In the film Haifa plays the main character of Rouh, a beautiful woman trying to survive life in a slum with her son after her husband’s departure. See it in cinemas starting this week.