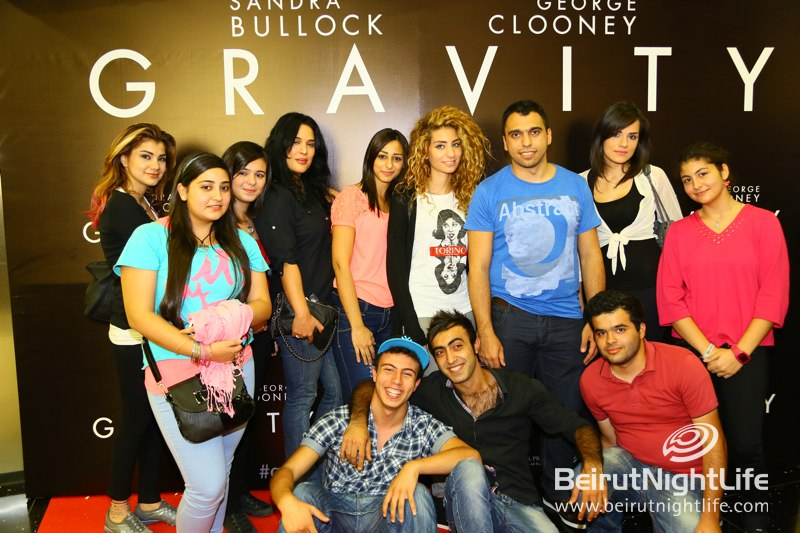 The movie Gravity sees two of the world’s favorite stars, Sandra Bullock and George Clooney, team up on screen in an incredible movie. This acclaimed thriller has been getting rave reviews around the world had its avant premiere in Lebanon at Grand Cinemas at ABC Dbayeh on October 17. The excited guests were the first to view the 3-D movie on the big screen, and everyone loved the exciting sci-fi film.