Grand Cinemas takes the No.1 spot as Lebanon’s most visited cinema chain 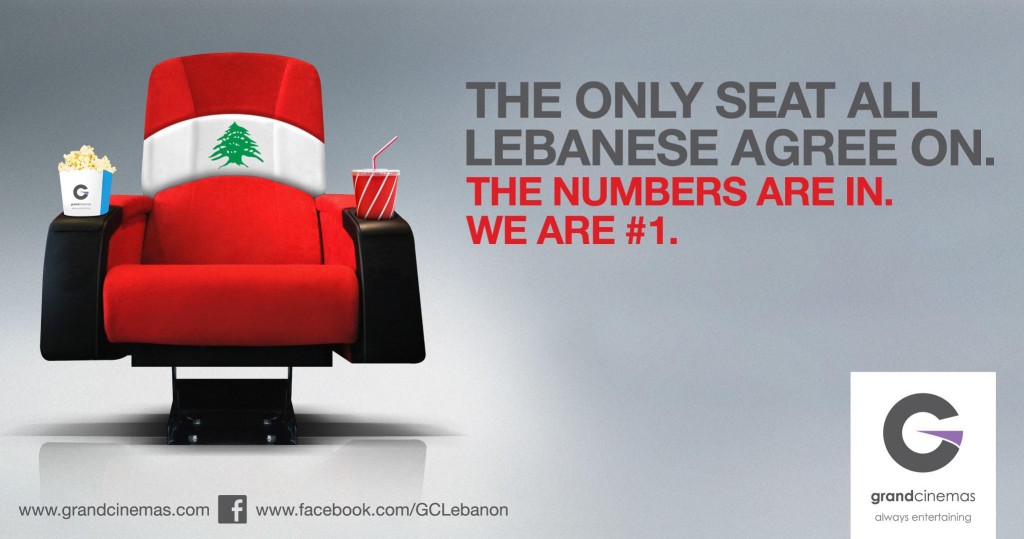 Selim Ramia & Co proudly announces that after only five years in Lebanon, Grand Cinemas is now the country’s most visited chain of cinemas. In 2012, Grand Cinemas released over 200 movie titles, distributed 120,000 movie guides, grew its award winning online community to 50,000 fans, and welcomed a whopping 1.5 million moviegoers into its theatres.

Earning recognition for its unwavering dedication, exclusive services and Always Entertaining philosophy, the Grand Cinemas chain has been witness to a rapidly growing number of loyal patrons, claiming a remarkable 45% market share in 2012.

“Lebanon’s moviegoers have spoken at the box office,” said CEO Selim Ramia. “At Grand Cinemas, we pride ourselves on always being the first to bring the latest innovations to our patrons, and offering them an experience with a difference. They have clearly appreciated our efforts. Thanks to the discerning Lebanese filmgoer, we are number 1.”

Movie fans can expect an even Grander 2013 as the chain prepares to unveil a host of exceptional events and cutting edge services. We thank all our valued patrons, their enthusiasm and loyalty, as we continue in our quest to bring Lebanon the ultimate cinema experience.