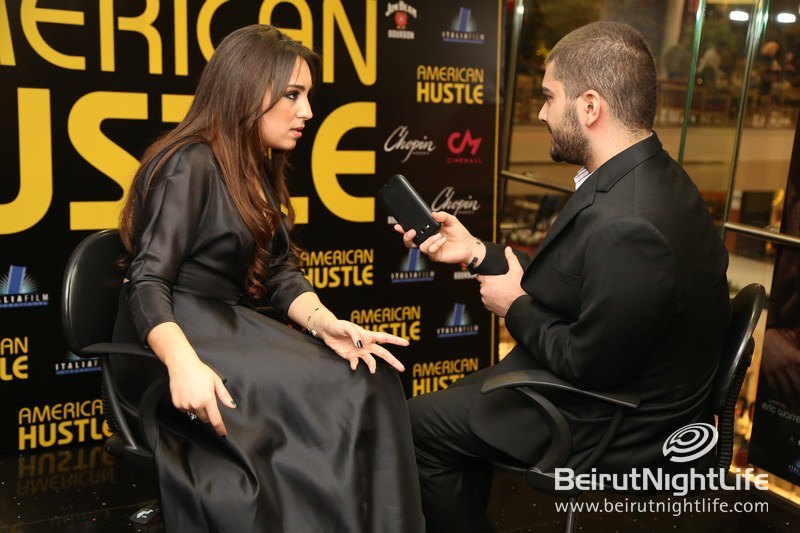 It was a movie premiere like no other! Monday’s screening of the highly anticipated film American Hustle at Le Mall Dbayeh’s cinema complex gathered many guests, among them many politicians, as well as social and media figures. At the event, which was held under the patronage of Minister Gaby Layoun some of those in attendance included MP Alain Aoun, Minister Salim Jreissati, Oussama Rahbani, Jihad Murr, and Jad Choueiri. The highlight of the event was Lebanese Soprano Mayssa Karaa performing live with her stunning voice. A bar was also set up by Chopin Vodka to provide drinks for guests, while a promoter also helped quench the guests’ thirst. Thanks to Italia Film, Jim Beam, and Chopin Vodka for this special premiere.