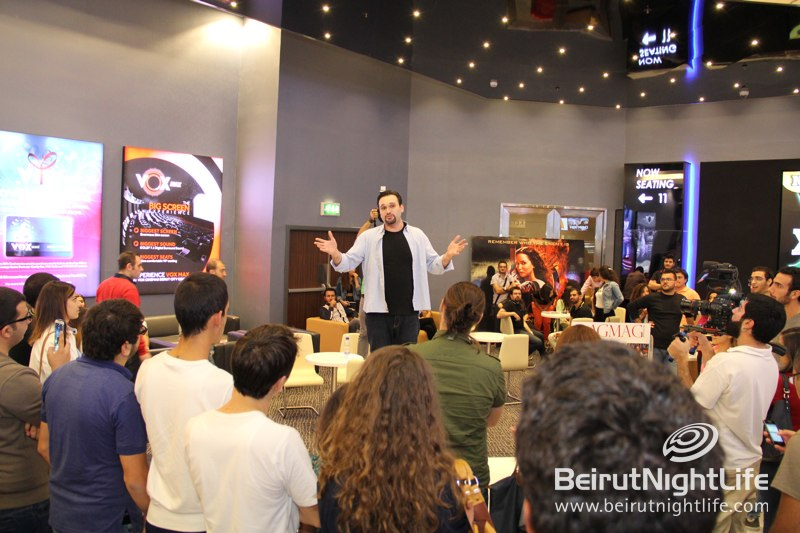 He’s the Lebanese comedian we all know and he’s got a new movie out! The avant premier of Epic, the movie that features clips from Nemr’s stand-up comedy routines, was held at VOX Cinemas on October 21. Nemr hosted his radio show live from the movie theater and interacted with the cinema-goers invited to the event. Guests got to be the first in the country to watch the comedy, which premiered later that week for the rest of the Lebanese audience eager to watch it.