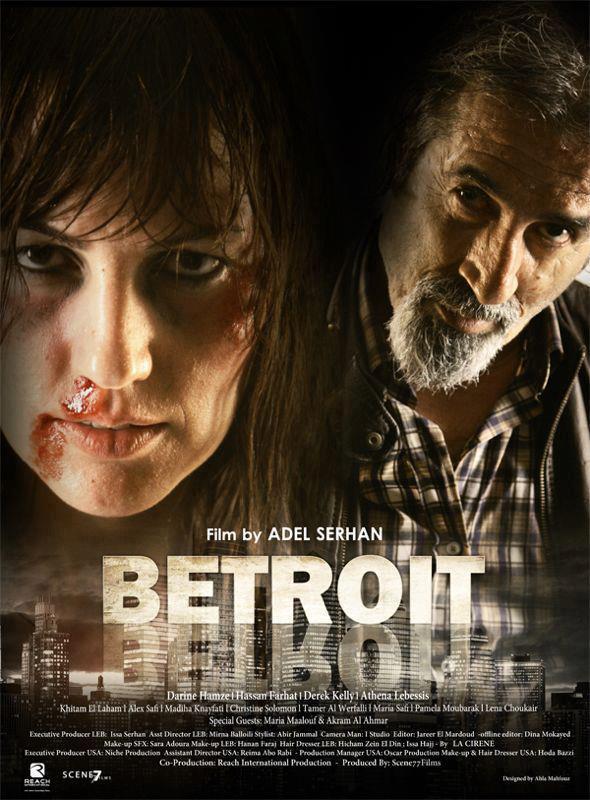 Lebanese actress and star Darine Hamze announced that her new movie is dedicated to women who have suffered from domestic violence and are oppressed. The movie which is directed by Hadel Serhan, and will hit the screens on March 13, 2013, is a portrayal of three couples as their lives become intertwined with one another.

An act of violence disturbs the lives of these intertwined couples in which they each realize how precious love and family can be. Leila (Darine Hamze) tries to escape from her abusive husband (Hassan Farhat) in hopes to flee to Detroit where her sister Rola (Christine Solomon) lives. Lisa (Athena Isabel Lebessis ) is desperately seeking a divorce from her husband Sam (Derek Kelly) in order to pursue a Hollywood career.

She claims her husband physically abuses her in order to get Sam deported from the States. Rola (Christine Solomon) who is married to a successful lawyer Joe (Tamer Werfalli) both strives to help their friend Sam (Derek Kelly) and her sister’s (Darine Hamze) marriage while struggling to have a baby of her own. Betroit addresses issues of domestic violence, culture, love and relationships between both the American and the Middle Eastern culture.

A film which takes place in Beirut and Detroit. Betroit is a feature film written and directed by Adel Serhan.