Top 10 Eco-Friendly Cars of the Decade 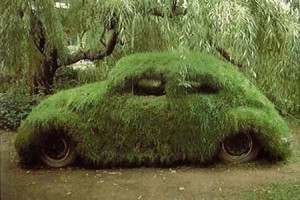 Saving our environment is a top priority for many people. The environment we live in is directly impacted by many of the choices we make. For decades, automobiles were available in one form and one form only. These vehicles of the past were powered solely by gasoline. Though gasoline is efficient and relatively clean, new choices have come along that offer buyers eco-friendly alternatives to the common gasoline powered vehicle.

Now buyers can consider hybrid vehicles that offer both battery and gasoline power. Buyers can consider plug-in hybrids that allow travel for short periods of time without using gasoline at all, and topping the list of environmentally friendly choices is the full battery powered vehicle which consumes not one single drop of gasoline.

There you have it. A list of the 10 most influential, environmentally friendly vehicles of the past decade. The list is sure to expand as times goes by and the automotive industry focuses their efforts on the “green” vehicles of tomorrow.