Thrills at the Rally of Lebanon Sponsored by Total Liban 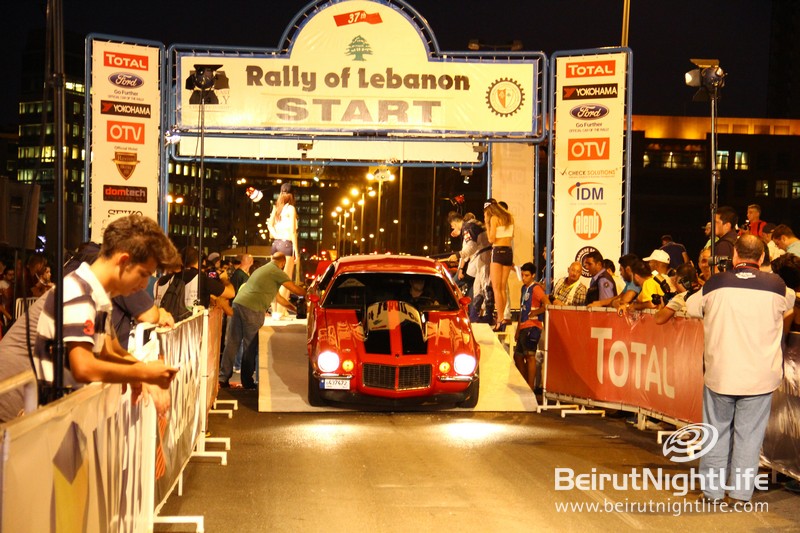 The Rally of Lebanon 2014 kicked into gear with adrenaline running high and hearts racing at the Beirut Water Front.

As the main sponsor of the Rally and a longtime supporter for motorsports in Lebanon, Total Liban sponsored the Super Stage for the second consecutive year. At this VIP event to which Total Liban invited its partners and the media, the thrill-seekers were able to meet the famous Lebanese driver, Bagheera, and feel the adrenaline rushes at the bends with the best Lebanese and international drivers. The Lebanese driver, Naji Stephan, sponsored by Total Liban, participated in the TOTAL Super Stage to honor the legendary speed demon driver, Bagheera.

Like every year, Total Liban had many surprises for those who have passion for speed thus; a journalist won a trip offered by Total Liban. Moreover, Total Liban created a replica of one of Bagheera’s cars, which was a real surprise. The journalists and guests had the opportunity to have a foretaste of the Rally by taking pictures next to the famous Lancia Delta HF Integrale, the car with which Bagheera won the Rally of Cyprus in 1995.

Mr. Jacques Souplet, Managing Director of Total Liban, expressed his enthusiasm for Total Liban’s continued support for the Rally of Lebanon, saying: “Like every year, we are excited to bring together all the rally enthusiasts in Lebanon and connect them with the field of motorsports. Our passion for this sport went one level higher this year through our support for the Lebanese driver, Naji Stephan, and the tribute made to the icon of the Rally of Lebanon, Bagheera. We are proud of Total’s accomplishments in the world of international motorsports and hope to promote this sport in Lebanon so it reaches its highest levels”.