The ‘No Death’ car from Volvo 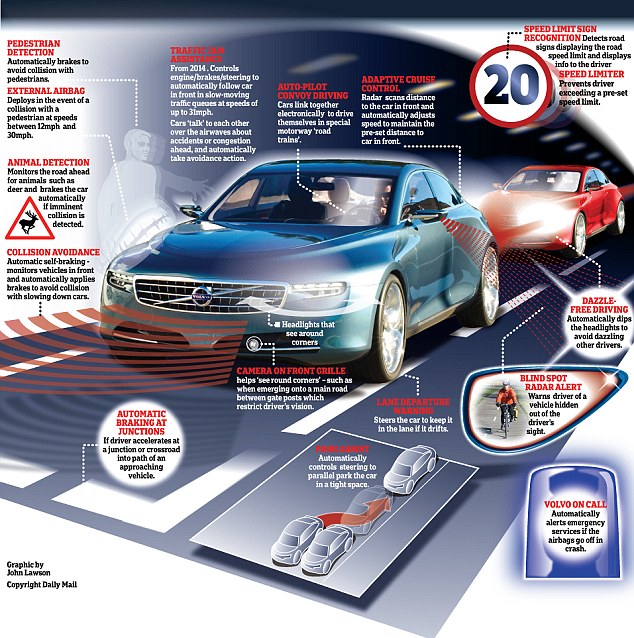 Car giant Volvo is developing ‘no death’ cars that drive themselves and are impossible to crash – ready for launch in showrooms within eight years.

The computerised vehicles will  be fitted with high-tech sensors and will ‘refuse to be steered’ into other objects.

Volvo says they will be  on sale to customers by 2020, but that some of the life-saving technology will be incorporated into its vehicles even earlier – from 2014 – it says.

Volvo’s head of government affairs Anders Eugensson said: ‘Our vision is that no one is killed or injured in a new Volvo by 2020.’

Swedish-based Volvo  – now owned by China’s Geely group – said the first versions of its crash-free cars would meant for driving in towns at a maximum speed of 31mph.

It is part of the race by leading car manufacturers including Volvo, Ford Mercedes-Benz, BMW, Vauxhall and even Google to build fully automomous ‘Robo-cars’ that can drive themselves – like the one which actor Will Smith drove in the sci-fi movie ‘I, Robot.’

The biggest hurdle is not the technology which is largely developed – but public acceptance of it and and issues of who would be liable if a crashproof car did actually crash: the driver or the manufacturer? 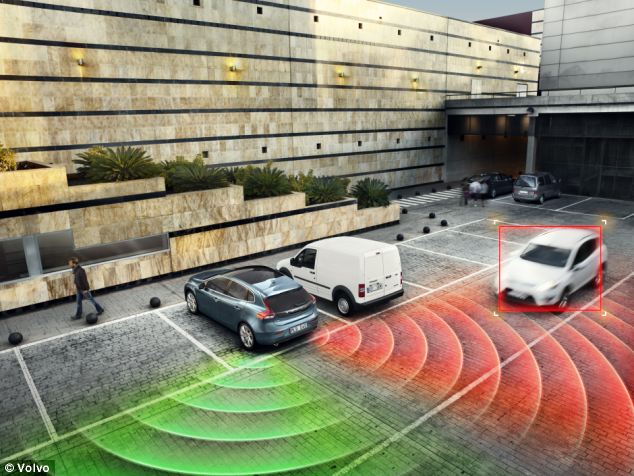 Volvo’s Mr Eugensson said;’We have tested prototypes on thousands of miles of test drives on public roads in Spain and on the company’s test track in western Sweden.

‘The car of the future will be like the farmer’s horse.’

‘The farmer can steer the horse and carriage but if he falls asleep the horse will refuse to walk into a tree or off a cliff.’

The 85-year-old company – which has always prided itself on producing the world’s safest cars and developed the three-point seat-belt – said it hoped to launch the first vehicles in 2014 at speeds of up to 31 mph – for use in heavy urban traffic –  with totally accident free vehicles at higher speeds by 2020.

Moves are already underway to amend international law under the Vienna Convention on Road traffic which would remove current blocks on fully autonomous vehicles.

He convention, which underpins EU and UK law, says the driver must be in control of the vehicle at all times.

New technology means that need not be the case.

Volvo has had 50 engineers working with automotive partners such as Ricardo U.K. on the new crash-proof car technology over the last several years.

Its prototypes have run thousands of miles of test drives on public roads in Spain and on the company’s test track in western Sweden. 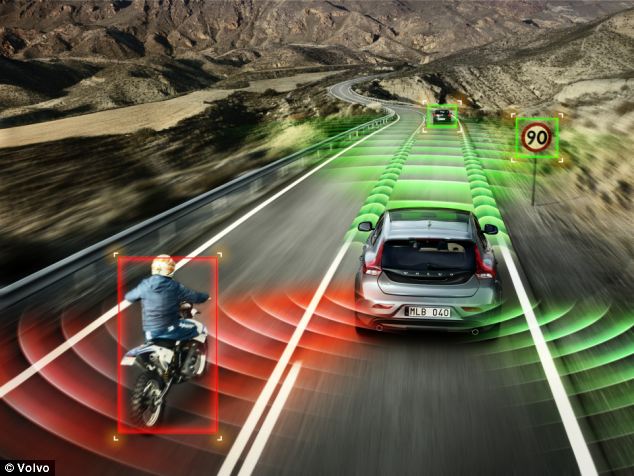 Marcus Rothoff, head of developing Volvo’s driver assistance technology said: ‘We are convinced this is the future and we want to get there first’.

For sceptics who say it’s pie in the sky, industry experts and bosses  point out that the same was said of satellite-navigation, air-bags, self-parking car systems, sensors which ‘see’ white lines and  keep vehicles in their motorway lanes, collision avoidance and  autonomous cruise control that brakes automatically the car if it comes to close to the vehicle in front – all of which are features on cars  sold in showrooms today.

Mercedes-Benz’s next generation flagship  S-Class which goes on sale next early year. Incorporates a self-braking system that operates at speeds of up to 124 mph on German motorways, as well as in towns.

US internet search engine Google has also been testing its own prototype of a self-driving car since 2010.