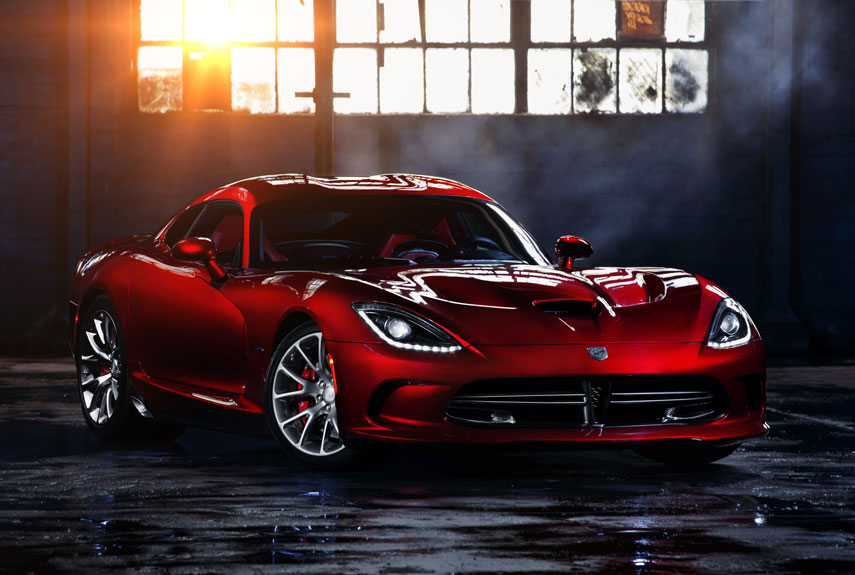 With a 640-hp V-10 and a body made of magnesium, aluminum, and carbon fiber, we’re expecting greatness from Chrysler’s supercar. And at 100 grand, it’d better be great—there’s already a Corvette ZR1 in this price range that can eat Ferraris, and the C7 will only up the ante. Plus there’s a certain new Mustang that’s far cheaper and should be mighty impressive too. And even if the Viper is faster than the Ford or Chevy in a straight line, it must improve its handling over the outgoing model. While SRT folks are claiming a scorching 0-to-60 time of 3.5 seconds and a 206-mph top speed for the new car, the last Viper was time-warp-fast too—and also saddled with unpredictable handling and frequent maintenance headaches.

Haunted by those ghosts of Vipers past, Chrysler engineers started over. They lowered the car’s weight by about 140 pounds and made its chassis 50 percent stiffer. (That alone tells you how far Chrysler had to go to make a Viper that’s world class.) The Tremec-supplied six-speed manual (no automatic, at least not yet) is said to have far lower clutch effort, while bringing tighter ratios and more precise feel. The suspension is entirely new, again with the aim of more predictable handling. And there’s a multi-setting stability-control system with a full-off mode for the track. That could be great, but only if the car doesn’t actually need the electronic assist to handle like a supercar.

That will be key. This Viper is designed to challenge cars that can reach nine tenths of their potential without technological guardrails. The SRT needs to get in that ballpark to be a real winner.