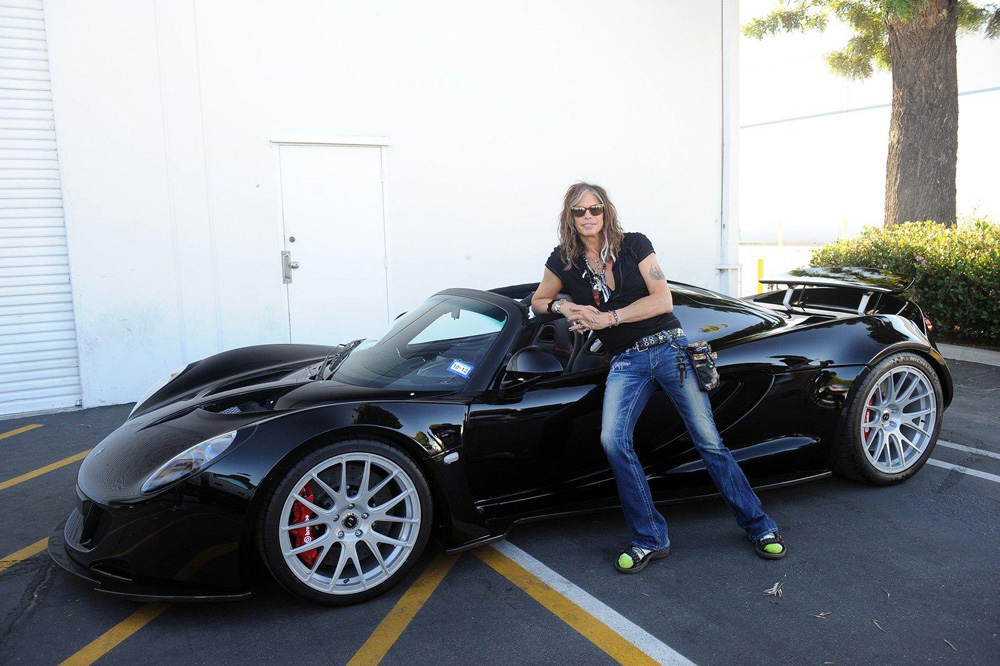 You may recognize Steven Tyler, the lead singer of Aerosmith, Rock n Roll Hall of Famer, American Idol judge and owner of the most implausible lips in the music industry. But what you don’t know, SpeedBoost Followers is that he’s also quite Amazing and cool. Why?

According to Hennessey Performance founder, John Hennessey: “Steven came to us and asked if we could build his Venom GT as a roadster.” John adds, “We had to make a few structural changes to our integrated rollcage in order to be able to fit the removable top.”

Hennessey had to tune the motor to increase the standard 1,200 hp to 1,244hp in order to reimburse for the added weight the new roll cage adds. With an extra 30 lbs, Hennessey said, “We decided to increase the Venom GT’s power to 1,244hp to maintain our one horsepower-per-one-kilogramme power to weight,” this translates to a total controlled weight at 2,743 lbs.

Be aware, if you’re going full throttle in one of these, well your eyes won’t be fixed definitely on the road ahead. That is almost superfluous as the key performance spec of this tremendous car is that it pushes out “tested 0-200mph (0 – 200 km/h) under 16 seconds’’ reckons John Hennessey.