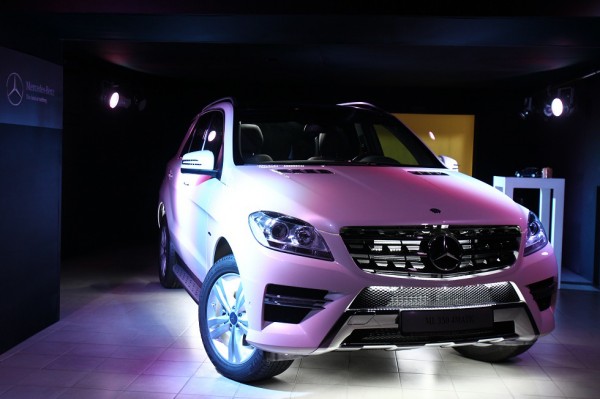 Media representatives were very impressed by the event, from the moment they entered the exclusive M-Class lounge by using their electronic key card where they were greeted by T. Gargour & Fils representatives.

The aim of the M-Class lounge was to captivate all five senses through music, original design and an audiovisual show which gave the guests a chance to live the M-Class experience and technology before its official launch in the market. A three dimensional hologram was also on display in the lounge to give a futuristic presentation of the car.

Mr. Cesar Aoun, General Manager of Mercedes-Benz at T. Gargour & Fils, said, “We wanted to give our media guests a chance to closely and privately experience this car from all of its angles and live its dynamic sporty style after long awaiting its arrival to Beirut through the exclusive ‘M-Class Lounge’. We are confident that the M-Class, which has succeeded in already attracting a large fan base, will be the primary choice for those looking for the perfect vehicle to meet their passion for driving.”

T. Gargour & Fils invited a large number of media partners in February to experience the all-new ‘M-Class’ uniquely showcased at the Dora showroom.