Formerly known as the FX and JX, these 2014 Infiniti models get new names this year as part of Infiniti’s new naming hierarchy that is now getting to be introduced across the region on its inspired performance range of models.

“Rymco is aligned with Infiniti’s new brand identity and direction to promote consumer familiarity, a new strategy that will be clearly confirmed in our latest investment in an IREDI compliant showroom dedicated for Infiniti in Dbayeh, which is set to launch in 2014” said Fayez Rasamny, chairman of Rymco. “We hope our customers and enthusiasts share in our excitement for the next generation Infiniti.”he added.

“The vision for Infiniti in the long-term is to build an aspirational brand that people seek out,” said Samir Cherfan, Managing Director, Infiniti – Nissan in the Middle East. “We aim to compete at the top of the premium automotive league with our product, brand appeal and customer experience. In just over 12 months, we have come a long way in making the structural changes required to deliver this”.

Going forward, Infiniti’s models will now be simply prefixed either by ‘Q’ for sedans, coupes and convertibles and ‘QX’ for crossovers and SUVs. To communicate a logical model hierarchy, a two digit number will follow – the higher the number, the higher its place in the model range.

Infiniti’s new nomenclature strategy will be implemented in logical stages within the existing product range, as new model year variants are introduced – the Infiniti QX70 (formerly Infiniti FX) and the Infiniti QX60 (formerly the Infiniti JX) will be the first in the Middle East. 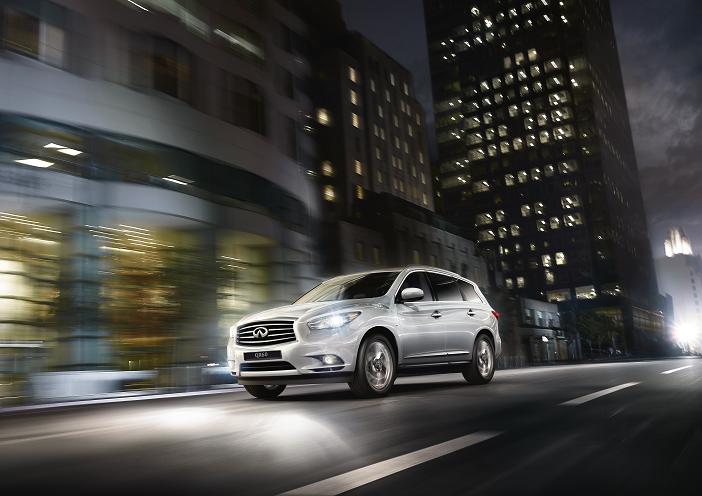 The 2014 Infiniti QX60 is a fresh, bold alternative to the many flavours of vanilla currently dominating the luxury crossover segment. It is designed to excel in the areas that luxury crossover buyers desire most – interior flexibility and roominess, safety, and advanced hospitality features.

Key features of the 2014 Infiniti QX60 include: 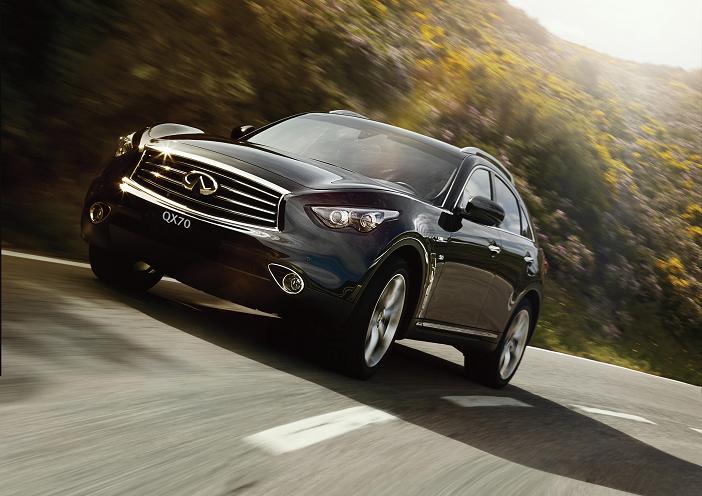 The 2014 Infiniti QX70 was designed to outrun the conventional concept of the luxury crossover. It is a proof that luxury never has to be dull.  Its performance sets a heart-racing standard, and its styling draws a line in the sand others simply won’t cross.

With a 390-hp V8 in the QX70s and 329-hp V6 in the QX70, it’s not whether you feel its power; it’s how deeply you’re moved by it. Peerlessly crafted and impressively applied, the performance of the Infiniti QX70 is as immediate as its commanding horsepower. That power is amplified by the endless sense of acceleration in the trademark Infiniti acceleration swells, making driving the QX70 a thrilling experience and an engineering achievement. Delivering improved fuel efficiency and an enhanced response, the innovative, more efficient VVEL engine in the QX70 offers a practical nod to the captivating experience of luxury performance.

Both models include 3 years of complimentary maintenance and 4 years warranty.