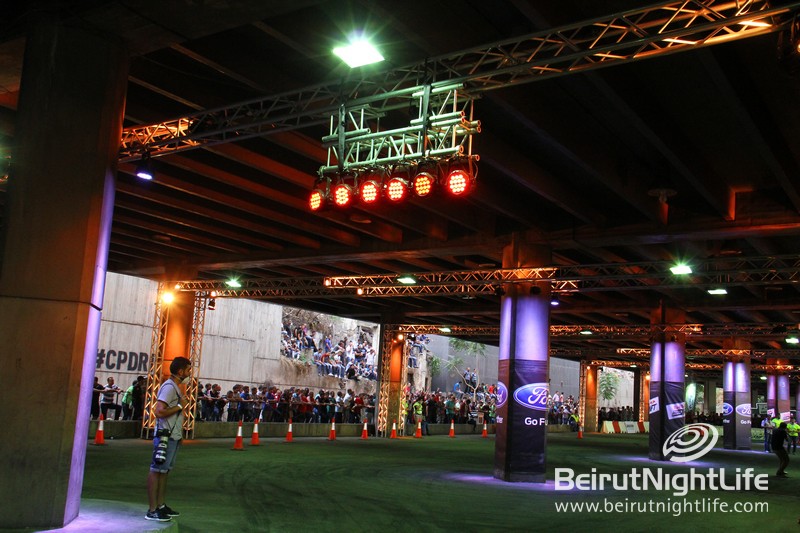 The ‘underground’ was home to this year’s Red Bull Car Park Drift, as Bassam Zahalan clinched the winning title, while Kifah Hilal came in second position. Both qualified to represent Lebanon at the Finals in Dubai on November 28.

Competition was close between the 11 drivers, and as spectators gathered at the Charles Helou Bus Station, they got to witness unprecedented drifting action, reflecting exceptional skills and technique.

Spectacular shows and special drifting techniques fired up the crowds right from the start up to the last minute, where Bassam Zahalan was crowned King of Drift, Kifah Hilah coming in second, and Mohammad Baaklini in third position.

The judging process was based on the art of drift as a major criterion, in addition to engine roaring and tire smoke, audience acclaim, and car appearance. Abdo Feghali, rally champion and competition supervisor pinpointed the high level of the drivers, which will qualify this year’s champion and his runner-up to the Finals in Dubai.
“I hope I will be able to follow in Jad’s footsteps and keep the title with Lebanon” stated Zahalan.
This year, regional qualifiers toured Egypt, Tunisia, Jordan, Oman, Kuwait, Turkey, the UAE, and Lebanon. Late Lebanese champion Jad Himo won last year’s Finals in Dubai, while Jordanian driver Mohammad Kukhun came in second.
For more info please visit: www.redbull.com/cpd