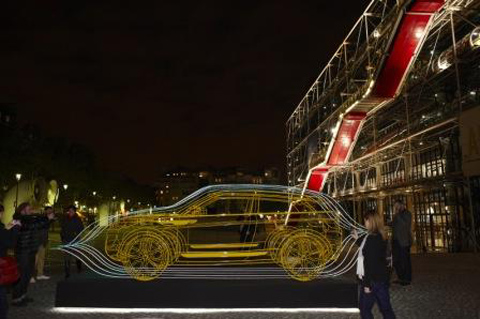 Range Rover has today unveiled four pop-up temporary street installations at key Parisian landmarks. The brand has worked with leading contemporary Parisian artists to create artworks which have been inspired by the new Range Rover Evoque and the city of Paris. 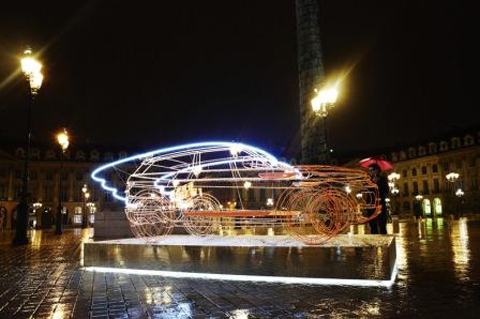 The installations focus on luxury, design, sustainability and technology and represent key aspects of the car. Each will be unveiled at the start of Paris Fashion Week and have been created by artists André (AKA Monsieur A), JCDC, Surface To Air and Yorgo Touplas. Each of the chosen artists has long been influenced by their city, Paris, but today they each reveal how this relationship has led to a three day street pop-up with Range Rover.

Artist JC/DC says of his installation:
“My representation of luxury references grace, intimacy and protection. This is a concept frequently related to the pleasures of enveloping oneself in a garment and my work with bespoke and couture fashion. Similar to luxury clothing, this installation reflects a graceful protection.”

The pop-up street installations have been built around a wire frame replica of the Range Rover Evoque and will be positioned at iconic locations, including the Pompidou Centre and the Palais de Tokyo. They will be in situ from September 28th – September 30th 2010 and open to the public to view.

Land Rover design director Gerry McGovern, said:
“The Range Rover Evoque has been designed with a creative and urban audience in mind. Like a true Range Rover, the Evoque delivers the all-weather, all-surface capability which is a hallmark of the brand. Paris is the first city to see the car and we wanted to mark its arrival with a series of unique installations that epitomise the cars’ city spirit.” 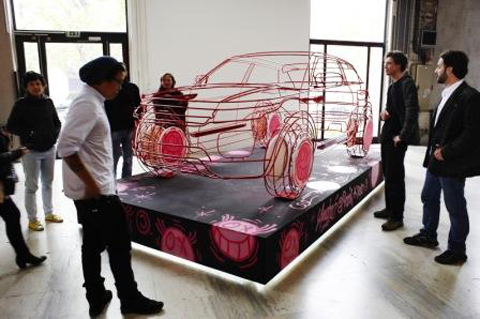 The Range Rover Evoque will be officially unveiled at the Paris Motor Show on the 30th September. The all-new coupe is the smallest, lightest and most fuel-efficient Range Rover ever. It will be a truly global car and will be sold in over 160 markets from summer 2011.

VIP event
On September 28th a VIP event will be held on a boat moored on the River Seine to celebrate the galleries and official launch of the vehicle. The event will be styled by acclaimed set designer Petra Storrs. Actress and musician Juliette Lewis will perform a live set and A-Trak will DJ at the event.