The big news is of course the engine. Goodbye 3.6-liter six, it’s been fun. Hello 3.8-liter directed injected flat-six from the Carrera S.
The Turbo has a new engine. The new flat-six boxer engine has been bumped up to 3.8 liters and uses a combination of a variable-turbine geometry turbocharger system, direct fuel injection ,and the GT2’s expansion intake manifold to create 500 horsepower. 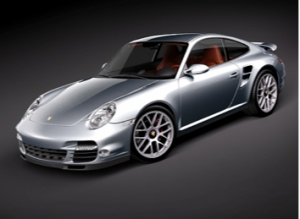 911 turbo equipped with a seven-speed transmission and the Sport Chrono Package Turbo, the 2010 Porsche 911 Turbo hits 60 mph from stopped in 3.2 seconds. Top track speed is 194 mph for both the Coupe and the Cabriolet models. Official EPA fuel economy figures are not yet available, but Porsche claims the new 911 Turbo spews 18 percent less CO2 and sips less fuel than the outgoing model. 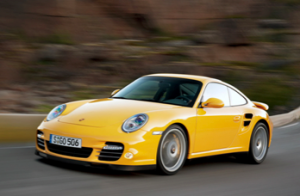 Porsches have long had the reputation for everyday drivability, and the seventh-generation 911 Turbo is no exception. It may have 500 hp, but unlike many “super” cars, the Turbo makes it easy to climb behind the wheel and is easy to see out of and simple to manage in the narrow lanes of small villages.