Porsche 911 Carrera: Younger than Ever 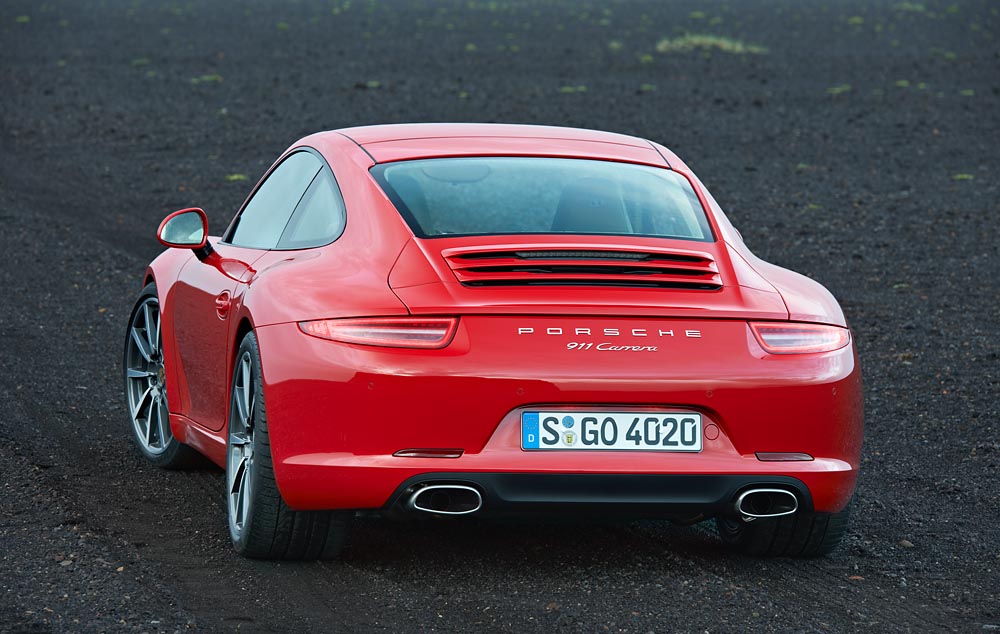 At 48 the Porsche 911 Carrera is younger than ever: The completely redesigned generation of the sports car icon is stepping into the limelight with its flat, stretched silhouette, exciting contours and precisely designed details. Yet from the very first glance it remains unmistakably a 911. True to the 911 tradition, the distinctive Porsche design language with its tendons and muscles exudes power and elegance.

The 100 millimetre longer wheelbase and reduced height combined with the up to 20-inch wheels underpin the athletic appearance. At the same time, the compact sports car exterior dimensions were retained. From a front perspective, attention is drawn to the wide-arched wings, the 911’s trademark, that highlight the wider front track making the new 911 Carrera models sit even more solidly on the road. The remodelled exterior mirrors are accommodated on the upper edge of the door and not as before on the mirror triangle. Not only is this aerodynamically advantageous, it also emphasises the new design line and visual impression of width. 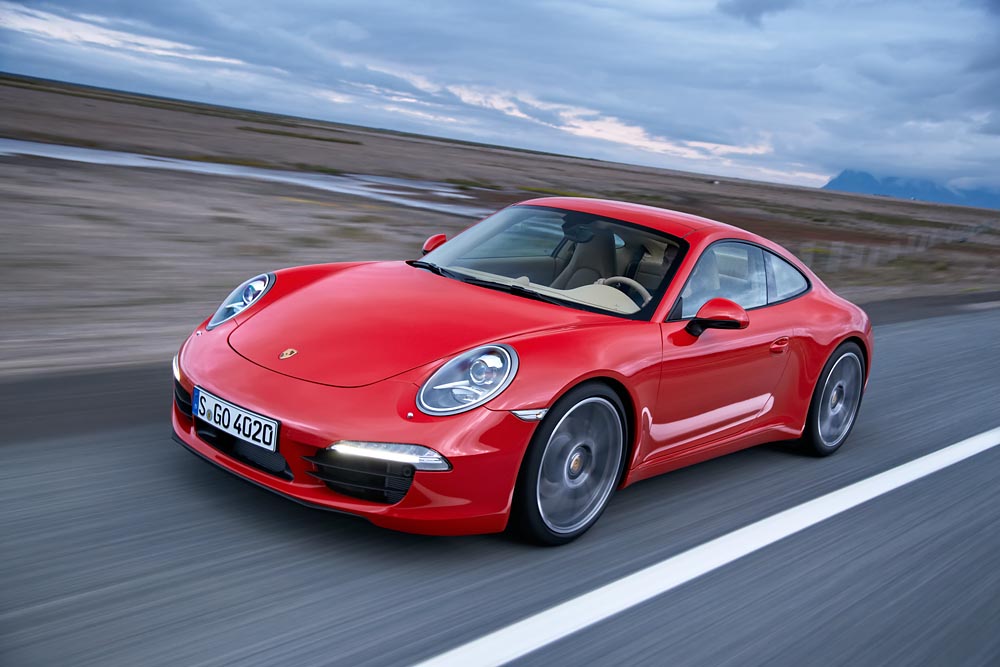 The all-new, lightweight body is an intelligent aluminium-steel construction. It is responsible for a significant proportion of the weight reduction of up to 45 kilograms combined with significantly greater rigidity. Due to aerodynamic optimisation measures, including a wider, variably extending rear spoiler, the lift of the new 911 Carrera could be further reduced, while retaining a good Cd value.

To complement the modern exterior design, the Porsche designers created a new interior based on cues from the Porsche Carrera GT. The driver is now even more closely integrated with the cockpit thanks to the centre console rising up to the front with the high-mounted shift lever located especially close to the steering wheel in typical motor sport fashion. Like in the exterior design, classic Porsche elements can also be found in the interior: the instrument cluster with five round instruments of which one of them is a high resolution multifunction screen, the central rev counter and the ignition lock to the left of the steering wheel.

Setting the standard in its class, as it has for generations, the new 911 Carrera and Carrera S raise the performance and efficiency bar yet another notch. All versions get by with significantly less than ten litres of fuel per 100 kilometres. Fuel consumption and emissions are up to 16 per cent lower compared to preceding models. Among other things, this result is achieved by systems and functions such as auto start/stop, thermal management, electrical system recuperation, the world’s first seven-speed manual transmission and the so-called “sailing” function, in vehicles equipped with the Porsche-Doppelkupplungsgetriebe (PDK). The new electro-mechanical power steering offers not only Porsche’s typical precision and response but also helps to increase efficiency and reduces the general fuel consumption.

At the same time several performance improvements have been implemented for both models. The Carrera S with PDK manages to accelerate from nought to 100 km/h in 4.3 seconds. Pressing the Sport Plus button of the optional Sport Chrono package, cuts that to 4.1 seconds. The Carrera with PDK needs only 4.6 seconds (Sport Plus: 4.4 seconds) to sprint from a standing start to 100 km/h. 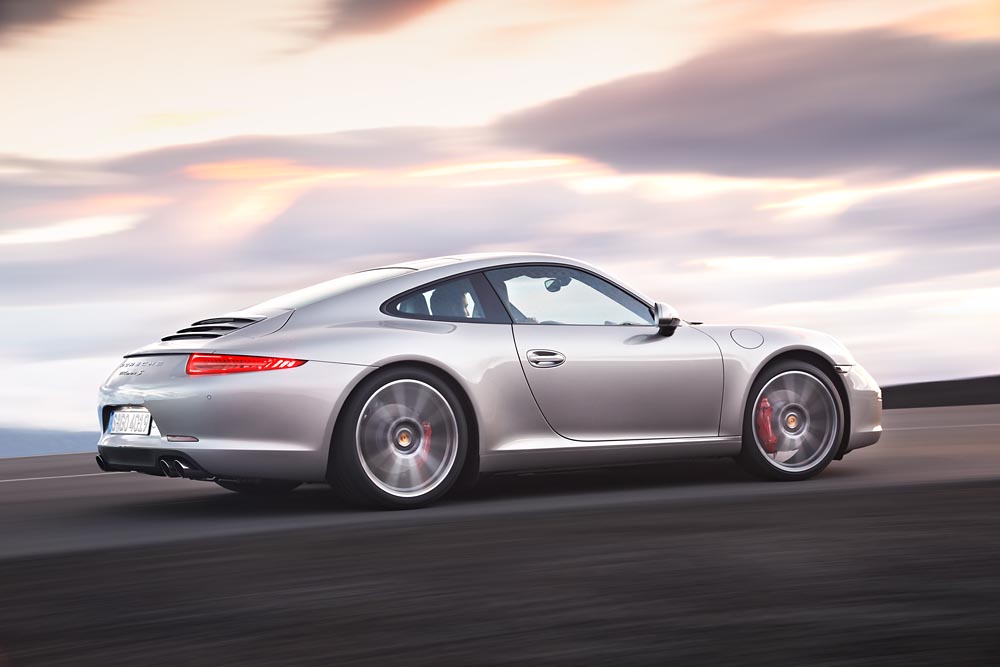 The new 911 does not just offer better longitudinal dynamics but also a top performance at an unprecedented level in terms of transverse dynamics. In addition to the longer wheelbase, greater agility, precision and driving stability are mainly based on the wider front track, the new rear axle and the new electro-mechanical power steering. Depending on the model, there are other standard or optional active control systems available that further enhance the vehicle’s driving dynamics, including the optional Porsche Dynamic Chassis Control (PDCC) active roll stabilisation system which is available on the 911 Carrera S for the first time. The system reduces lateral inclination when cornering by ensuring that tyres are in an optimal position relative to the road surface and thus able to transmit higher lateral forces. As a result, maximum cornering speeds are increased; even faster lap times on racing circuits are possible.

With the new 911 Carrera the span of apparently contradictory attributes that have typified the Porsche 911, such as performance and efficiency, sportiness and everyday practicality has been even further extended.  That makes the 911 Carrera more of a 911 than ever. The new model celebrates its world premiere at the 2011 IAA Frankfurt Motor Show.