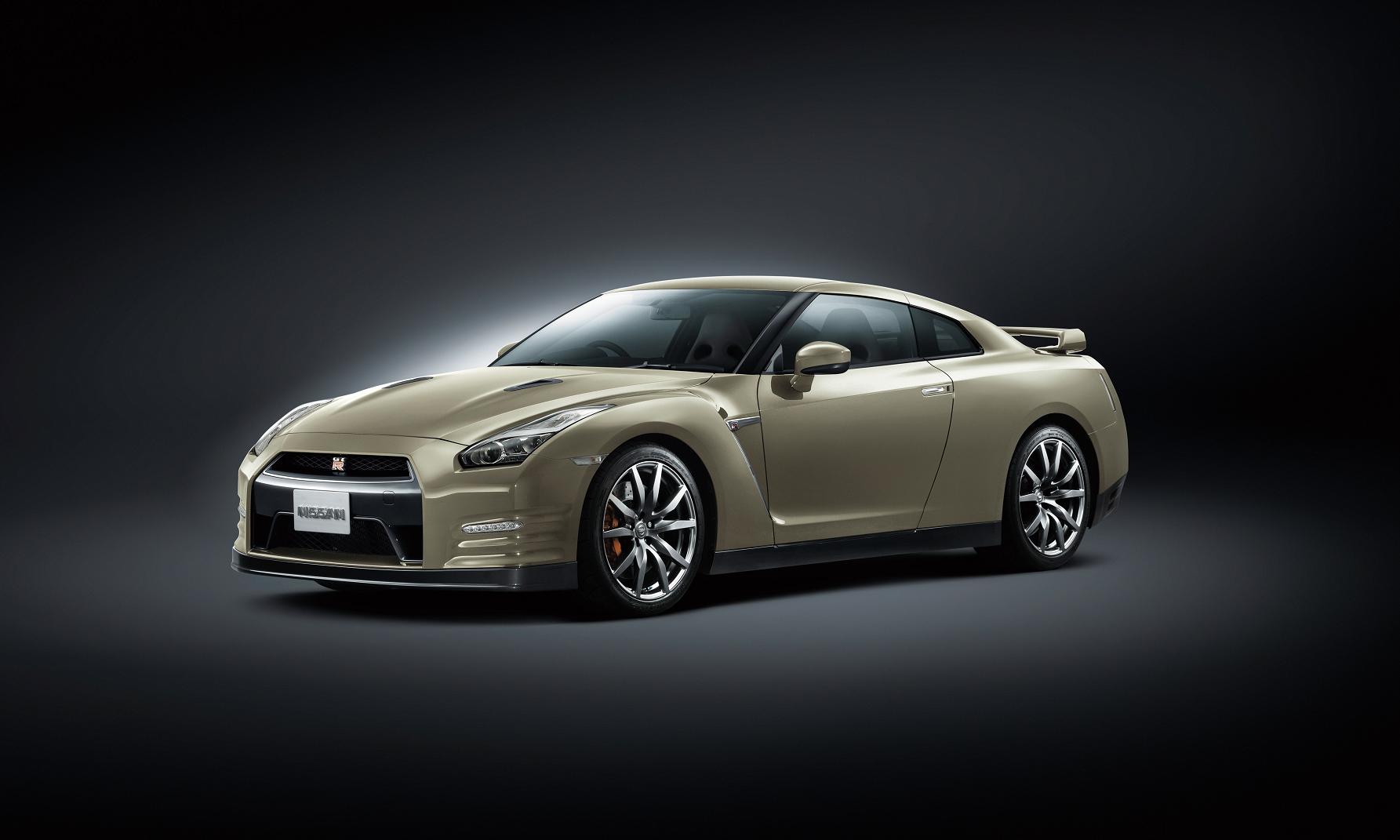 Nissan Motor Co., Ltd. announced that the Limited-Edition “45th Anniversary” Nissan GT-R will go on sale in early February, in conjunction with the release of the 2015 model year GT-R.

Since its release in 2007, the Nissan GT-R has been recognized as the world’s foremost high performance super sports car, which embodies Nissan’s commitment to “innovation that excites” like no other.

The GT-R’s legacy continues as the ultimate “GT” (Grand Tourer), armed with a comfortable ride, a high level of refinement and benchmark fit and finish; while its world-class high performance embodies the “R” in its name (Racing technology). Thus, its “multi performance” character allows the driver to enjoy the full depths of the GT-R’s capabilities, whether navigating corners of a winding mountain road, simply cruising on the open highway or even running errands on neighborhood streets.

Based on the 2015 Nissan GT-R, which features ride quality that has been specially tuned to exhibit a more mature, better refined feel than its predecessors, the “45th Anniversary” will come with a special paint color, “Silica Brass” – the same trademark color as the Skyline GT-R M-Spec (R34 Type), which was touted as the “a GT-R that satisfies the mature driver” when it was released in 2001. The Limited-Edition 45th Anniversary GT-R, available only in the Premium Edition trim level, will feature an exclusive emblem on the lower part of the interior center cluster and an exclusive model plate number in the engine compartment.

Nissan will be accepting orders from the region for the Limited-Edition 45th Anniversary model on a first-come, first-serve basis, starting in early January.

Nissan has registered a substantial sales increase of more than 70% for the MY14 GT-R in the period from April to October 2014 versus the same period last year.