Nissan Power for a Quarter of LE MANS 24 Hours Field 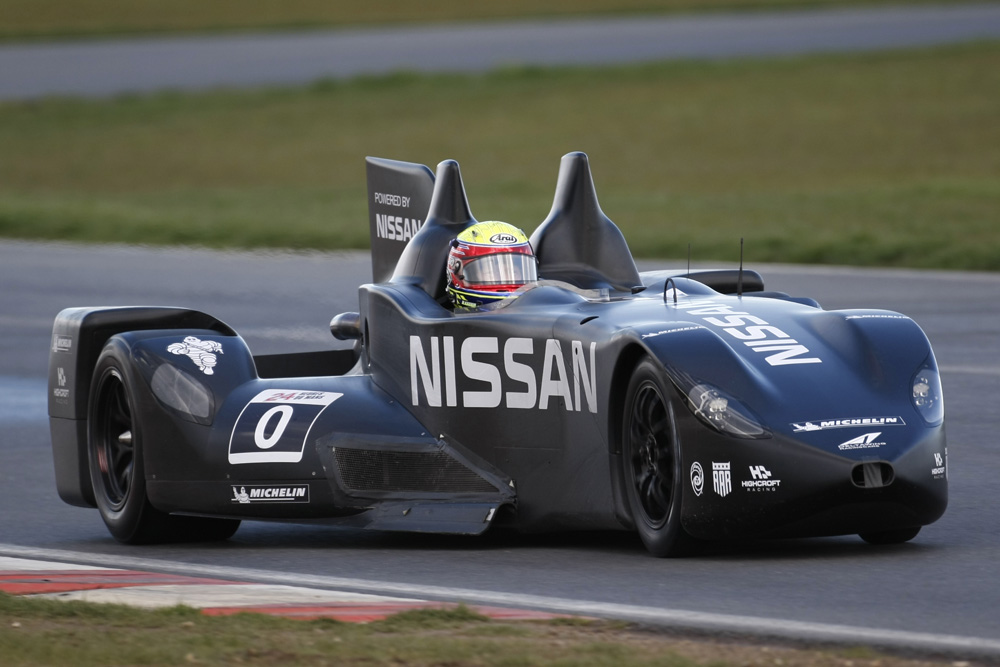 Nissan will be the dominant force at this year’s Le Mans 24 Hours, with a quarter of all entries running on Nismo-tuned Nissan power.

Spearheading Nissan’s dominant entry to the famous endurance race, on June 16/17, will be the hugely innovative, experimental racing car – the Nissan DeltaWing – which aims to change the face of motor racing by completing the Le Mans 24 Hours using half the fuel and half the tyre material of a conventional LMP racer.

Leading the charge in the LMP2 class, in which Nismo-produced Nissan units power more than half of the competing cars, are Nissan’s partner teams, Signatech Nissan and Greaves Motorsport.

Among the drivers vying for LMP2 victory this year will be two graduates of Nissan’s unique GT Academy initiative, which has made motorsport careers a reality for Playstation 3 gamers; Lucas Ordonez – who will share his car with ex-Formula 1 driver Martin Brundle – and second GTA champion, Jordan Tresson.

Paul Willcox, Senior Vice President, Nissan in Europe, said: “This year’s Le Mans 24 Hours will be our biggest yet and the Nissan DeltaWing shows the direction we are looking to take with motorsport technology in the future. We are already dominant in LMP2, where teams know that we can help them win, while the DeltaWing project is the kind of experiment in design and technology that only a company as forward-thinking and bold as Nissan could get behind.

“As a test bed for future road car and motorsport innovations, there is no greater, more publicly-scrutinised laboratory than the Le Mans 24 Hours for the experiment that DeltaWing represents, but the concept will prove that the technology for a vastly more efficient future is viable now, whether the car finishes the race or not.”

The Nissan DeltaWing is the most revolutionary car to appear in motorsport for a generation; the aim is to show that it is possible to make huge efficiency savings by downsizing and using a truly innovative aerodynamic package.

Everything about DeltaWing is designed with efficiency in mind – its unique shape has half the aerodynamic drag of a conventional racer, while all parts – including the downsized Nissan 1.6-litre DIG-Turbo engine – are smaller and weigh much less than traditional Le Mans machines. The car is so unique that it competes in the race outside the regulations of Le Mans, wearing the number ‘0′ and running from “Garage 56”, reserved exclusively for experimental racers.

Nissan’s involvement in LMP2 is similarly ground-breaking, thanks to the presence of GT Academy graduates – Spaniard, Ordonez and Frenchman, Tresson.

Winner of the first Nissan GT Academy in 2008, Ordonez finished second in LMP2 at Le Mans in 2011 and this year will race with the Greaves Motorsport team alongside 1990 Le Mans 24 Hour winner and former F1 racer, Martin Brundle and his son Alex.

Newer Post A.N.Boukather Does it all!!
Older PostGhassan Tueni dies at 86