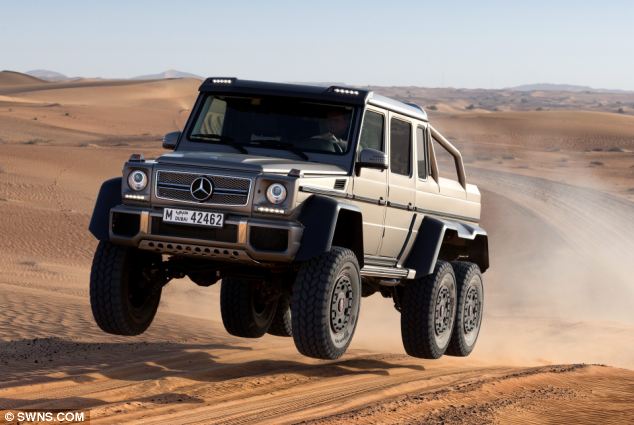 Mercedes have unveiled a monstrous new rugged off-roader with six wheels – their first since a similar model was produced for the Nazis in 1930s Germany.

The outrageous Mercedes G63 AMG 6×6 is a limited edition model based on the iconic G-Wagon.

It has been designed to have the off-road capabilities of a tank, accelerate like a hot hatch and provide the luxury feel of a limousine.
To give it brutal acceleration, Mercedes has replaced the standard G Wagon’s 3-litre diesel engine with a twin-turbocharged 5.5-litre V8. 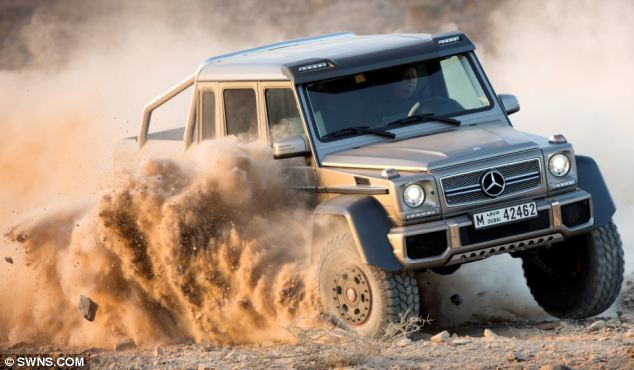 The result is a 536bhp behemoth which is capable of 0-62mph in less than six seconds – despite measuring 19ft in length, weighing 3.85 tons.

Mercedes claims the 6×6 – which has 37 inch wheels – can negotiate rocky terrain with ‘all the agility of a mountain goat’, while fording a river is ‘almost child’s play’.

They add: ‘Anyone exploring the on-road performance is certain to be impressed by the catapult-like acceleration of this 3.85-tonne pickup.’ 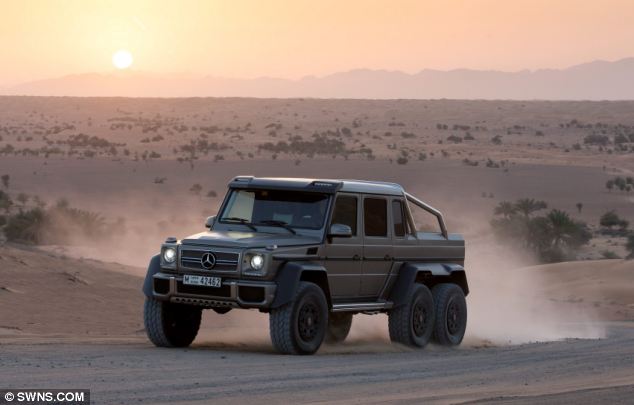 However, the 6×6 comes with a massive £350,000 price-tag – making it the most expensive model in the Mercedes range and three-times as pricey as a typical G Wagon.

The off-roader, which is likely to be most popular in the Middle-East, will be limited to around 30 sales per year.
Source: http://www.dailymail.co.uk