“Mercedes-Benz” Amazes the World Again with its All-New ‘S-Class’ – the Best Car Ever! 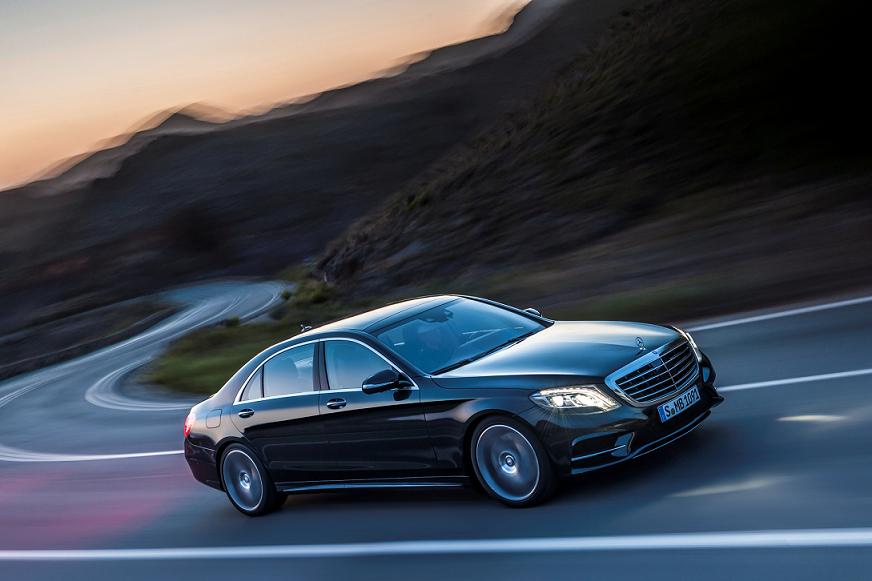 As we have gotten used to, Mercedes-Benz once again amazed the world by redefining concepts in the world of luxury cars. This time, it has set new standards across the board with the new S-Class, to retain its accolade as “the best automobile in the world”.  It has also opened up new horizons with innovative technologies in accordance to priorities and revolutionary criteria. With the three engineering priorities “Intelligent Drive”, “Efficient Technology” and “Essence of Luxury”, the new S-Class extends the boundaries of technology on many levels.

Commenting on the occasion, General Manager of Mercedes-Benz and smart at T. Gargour & Fils, Mr. Cesar Aoun, said, “We are not just talking about a new body, a new feature or just another avant-garde car for Mercedes – Benz. We are talking about the “S-Class” which will tell us the story of the future and will take the world of automotive development on a trip no car’s wheels has ever gone on before!” He added, “The S400 and S500 models will astound our customers when they experience the engineering, technological features and attributes that ensure a driving experience like no other!”

Indeed, the S-Class remains true to Mercedes-Benz’s high standards in terms of quality and substance, but their aspirations were ‘the best or nothing’ in every respect. No other car stands for the Mercedes-Benz brand promise more than the S-Class.

The S-Class is characterized by an unprecedented prestigious design with its classic architecture and flowing silhouette, making it a modern embodiment of sensual clarity. To underline the effortless superiority of the new S-Class, and its ambition to lead, the radiator grille is now larger, upright and distinctly three-dimensional in design. With its long bonnet, the flowing, domed roof line and the gently slanting rear end, the new S-Class has classic saloon proportions. The subtly created convex-concave effect of the entire side gives rise to an extremely powerful and elongated car body that demonstrates both excitement and calm enriching the S-Class’s personality and cleverly embodying classical yet sporty dimensions.

Adding to its futuristic innovations, the new S-Class is the first vehicle in the world whose interior and exterior do without a single light bulb as Mercedes-Benz is now making a complete switch to LED technology.

What started with PRE-SAFE ten years ago and continued with DISTRONIC PLUS has now resulted in a new dimension of motoring: comfort and safety are merged into one. Mercedes-Benz refers to this as “Intelligent Drive” which is a whole host of new systems that makes the new S-Class even more comfortable and safer for both the driver and passengers at the back. Mercedes-Benz engineers have also created the new S-Class to be the world’s first car to be able to detect bumps on the road ahead. If ROAD SURFACE SCAN detects such unevenness by means of the stereo camera, MAGIC BODY CONTROL instantaneously sets up the suspension to deal with the new situation and avoid any unease.

With its clear architecture, the interior design of the S-Class embodies a classic, superior, cutting-edge saloon that derives from a uniquely fluid, sensuously elegant style. Perfection down to the last detail results in “The Essence of Luxury”. This pursuit of the best or nothing is particularly noticeable whether in the seats or the air conditioning, the controls or the design, the infotainment or the comfort and safety in the rear – new ideas, their painstaking realisation, and highest perceived quality underpin the high standards that the engineers have set for the Mercedes-Benz flagship model – and for themselves.

It is worth mentioning that the S400 model features six cylinders and 333 horsepower, while the S500 has eight cylinders and up to 455 horsepower with 700 N-m of torque, as the car can accelerate from zero to 100 km/h in 4.8 seconds only.