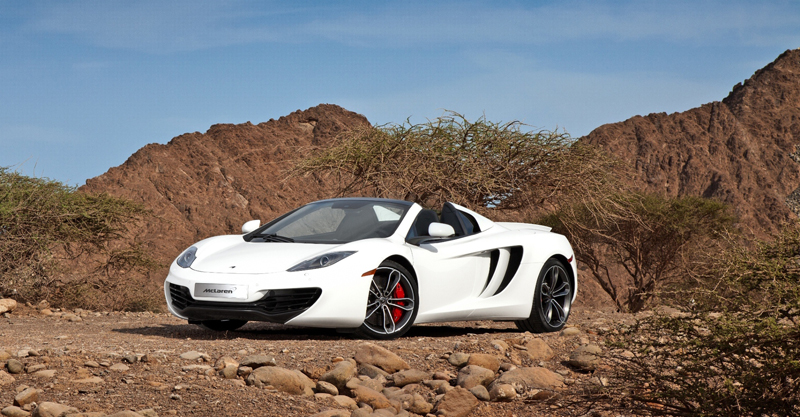 The latest sports car from McLaren Automotive is the highly anticipated follow-up to the acclaimed 12C Coupe, which was launched in the Middle East in November 2011. Mechanically identical to the 12C Coupe, the new 12C Spider leaves its competitors behind in terms of design and performance, encapsulating McLaren’s commitment to offer both the luxury of a sedan and the performance of a track car. 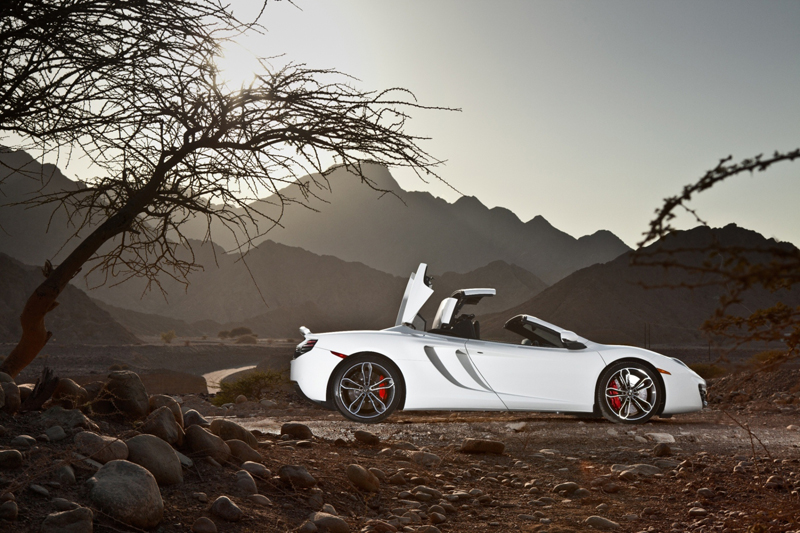 Mark Harrison, McLaren Automotive’s Regional Director for Middle East and Africa, said: “The 12C Spider benefits from the extensive experience and expertise that the McLaren team has built up over the years from being involved with open top driving in Formula 1. It offers dynamic driving without compromise, and is the perfect car in which to enjoy the beautiful conditions that we experience for most of the year across the region”.

“This reveal comes almost exactly one year after the launch of the Middle East retail network and arrival of our debut model, the 12C Coupe. We have already experienced significant levels of interest in the Spider from Middle East customers, which makes us confident that the new model will prove just as popular as the 12C Coupe ,” he continued.

The Retractable Hard Top (RHT) is a fully automatic two-piece design, which can be raised or lowered in less than 17 seconds at speeds of up to 30 km/h (19 mph). When lowered, the roof stows beneath a body coloured hard tonneau cover which incorporates twin buttresses. With the roof raised, the area beneath the tonneau cover can be used as additional luggage space.

Like its sibling, the 12C Spider features a one piece, carbon fibre tub. As a result, it offers virtually identical dynamic driving capabilities, including a breath-taking 0-100 km/h time of just 3.1 seconds (when fitted with Pirelli P Zero Corse tyres) and an incredible top speed of 329 km/h.

The innovative carbon fibre MonoCell provides the necessary rigidity and strength for an open roof car. In conventional steel or aluminium chassis cars, extra strengthening – and associated weight increase – is normal during the conversion from fixed-head coupé to open-roof convertible. This can compromise performance, handling and driving enjoyment.

The 12C Spider is now available from McLaren Automotive’s Middle East retail network as part of a select number of specialist, luxury automotive retailers located in prestigious venues across Bahrain, Kuwait, Qatar, Saudi and the United Arab Emirates. There is also a service centre in Lebanon.