McLaren Opens the Next, Thrilling Chapter in the Story of Automotive 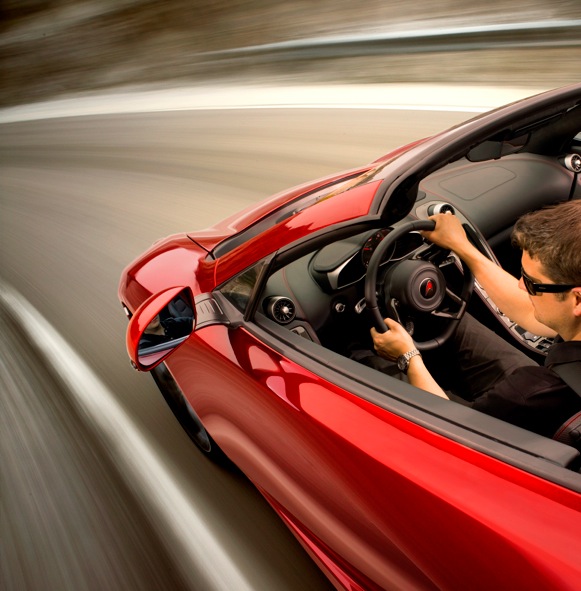 McLaren Automotive has announced its second model, one that will stir the soul even more than its first: the 625PS (616hp), twin-turbo V8-engined, open roofed 12C Spider.

The 12C Spider is based on the same super stiff carbon fibre MonoCell chassis as its hardtop sibling and so will be just as dynamic to drive.  But removing the roof will dial up the sensations experienced, the emotions felt and the noise heard.  Especially at the speeds the 12C Spider will be capable of.   And true to McLaren’s ethos of offering high performance without compromise, the 12C Spider will be more usable than any car this exciting has a right to be.

One man used to excitement behind the wheel is Jenson Button.  McLaren questioned him at last weekend’s European Grand Prix about what speed means to him, the connection he feels with the machine he drives and about what he senses when driving a 300km/h (180mph) open top car.  But is he talking about his MP4-27 Formula 1 car or the 12C Spider?

More information on this new and emotive addition to the McLaren Automotive range will be released in the next few days when ordering commences across the Middle East retail network.  Retailers are located in Kuwait (Ali Alghanim & Sons), Qatar (Al Wajba Establishment), Saudi Arabia and Bahrain (Al Ghassan Motors), and the UAE (Al Habtoor Motors), There will also be a service centre in Beirut (Saad & Trad Sal).