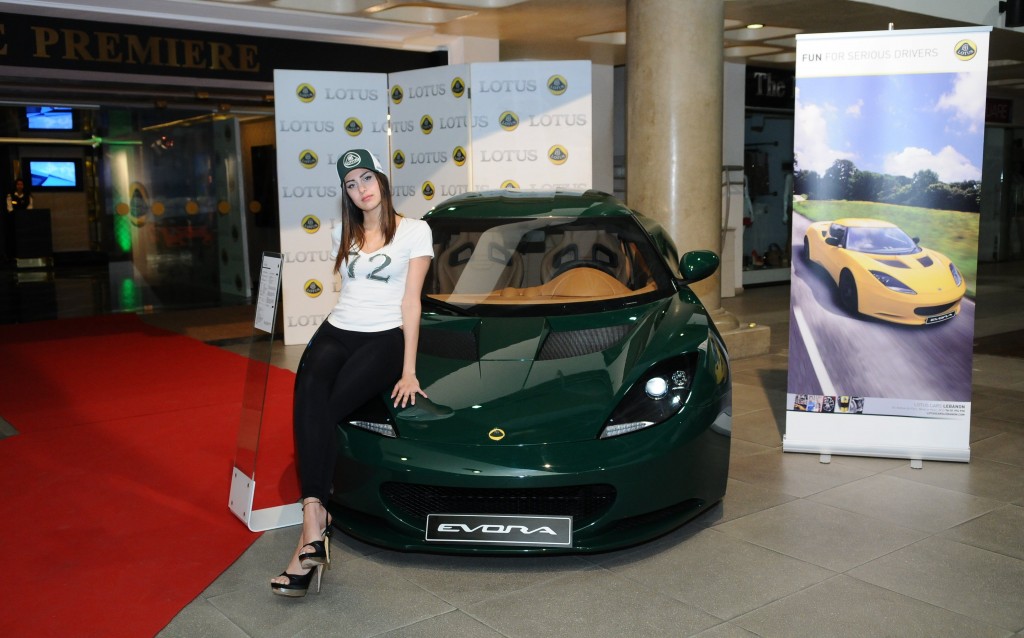 Lotus Returns to the Big Screen with Star Evora

Lotus, the iconic British car company, celebrated the triumph of its first year in Lebanon during an exclusive VIP screening of the motion picture ‘The Host’. The event took place last week at the newly refurbished Empire Premiere at Sodeco Square with an intimate gathering attended by the Lebanese glitterati, Lotus clientele and members of the press.

“We are proud of all we have achieved in the past year,” says Fayez Rasamny, Chairman of Lotus Cars Lebanon, “and we are looking forward to realizing even more of our potential in the future. Brand new to Lebanon, the Lotus Evora is already attracting a high number of orders and Lotus is scheduled to take the year ahead by storm”.

‘The Host’ features many beautiful stars but most notably Diane Kruger and the stunning Lotus Evora, an award winning, precision-engineered sportscar. The beauty and sophistication of the Evora’s design belies the raw power of its mid-mounted 3.5 litre DOHC V6 VVT-I engine offering a perfect motoring balance. With its fixed head coupe and aluminium bonded chassis, the Evora is a state of the art race-bred machine with both incredible poise and revered dynamic performance..

Negotiations for a “hero car for ‘Lead Seeker’” started in early October 2011 and by the end of the month Lotus had agreed to provide a number of Evoras to the project directed by its screenwriter Andrew Niccol who was looking for an extraordinary car for the role. The Lotus Evora was chosen for its stunning and futuristic aesthetic, which when juxtaposed with contemporary locations, gives a truly alien element to the Sci-Fi movie.

Lotus has a strong cinematic history; with appearances in two ‘Bond’ films – in ‘The Spy Who Loved Me’ out-racing a motorbike and helicopter before taking to the sea as the iconic submersible Esprit, and in a cool role in ‘For Your Eyes Only’; “cornering like its on rails” with Julia Roberts at the wheel in ‘Pretty Woman’; and taking part in an adrenaline fuelled chase sequence along the San Francisco coastline with Sharon Stone in ‘Basic Instinct’.

No doubt the dynamic driving scenes featured in ‘The Host’ will take their place alongside these exciting movie moments as stand out performances for Lotus.