The story of Koenigsegg is as fascinating and unique as its cars. Inspired at the age of 5 by a Norwegian animated film about a bicycle repairman who builds a racing car, Christian von Koenigsegg grew up dreaming of creating the perfect sports car. Against all the odds – here we are.

Christian showed an early keenness for design and technical solutions. As a young boy he always pried apart video recorders and toasters just to see how the worked and if they could be improved upon. As a teenager he was known as the best moped tuner in town and in the early 1990’s, around his 18th birthday, Christian began to work more seriously with technical innovation and came up with two interesting ideas.

One of the innovations he called the Chip Player. He believed that one day computer memory chips would be able to store an entire music CD’s worth of data and that it would probably be cheaper. He therefore envisioned and conducted some patent searching for a musical device that would play chips instead of discs. In the end no one seemed interested in the idea so Christian moved on and in 1991 invented a new solution for joining floor planks together without adhesive or nails. He called it Click, since the profile enabled the planks to simply click together. Christian presented this technology to his father-in-law, who at the time ran a flooring factory. 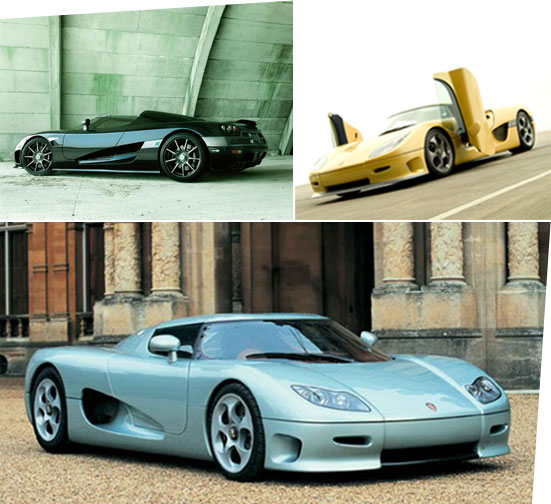 He rejected the idea, saying that if it was a good idea someone would have already come up with it a long time ago, and no one was asking for such a product. Christian then showed the concept to a few other floor manufacturers who also dismissed it. In 1995 a Belgian and Swedish company patented virtually exactly the same solution as Christian’s Click floor – they even called it Click! This is now a billion dollar industry. Most of the patents that Koenigsegg hold today are Christian’s brainchildren, such as the Rocket Catalytic Converter and the Supercharger Response / Relief system.

After the Chip and Click disappointments and general boredom of running his import/export company, Christian decided that instead of chasing after the perfect business idea he would instead follow his heart, which told him to build his dream car. Christian understood that it was virtually impossible and that many had failed before him. But to him it was a mission – to create the perfect. car, no matter what.

Therefore in 1994 at the age of 22, Christian launched the Koenigsegg car company and set about creating what he believed to be the ultimate car, where no technical solution was deemed too difficult. Christian himself sketched the initial technical layout of the car and in those days he even hand-modelled everything himself, together with a few friends who helped out for meager wages.

Nowadays Christian enjoys a full R&D department with state-of-the-art equipment to help him out, but in the beginning fantasy, keenness and imagination had to suffice in order to create the first working prototype. Incredibly enough the prototype was completed in 1996 – just two years after Christian started! The first prototype had a unique fabricated monocoque chassis with specially designed suspension, brakes, wishbones and uprights. It had a full interior with double-curved hardened side glass fitted with electric windows. Today, 12 years on, the car still drives perfectly!

Rather like his cars, Christian’s company moved at a record pace. In 2002, Koenigsegg began series production of the CC8S model that was homologated and crash tested for Europe. It proved to the world it indeed is possible for a passionate, dedicated young man to rival the old, established supercar brands.

Furthermore, they are able to fabricate intricate hand-made metal and carbon fibre components in their own hi-tech production facilities, as well as being able to source specialist components from a network of dedicated specialist suppliers and partners – most of which are based in Sweden.

Many of these suppliers are small companies and craftsmen that produce low volumes of incredibly high quality components. Both the assembly and the manufacture of the components that make up a Koenigsegg are incredibly labor-intensive (there are more than 300 hand-formed carbon fibre parts alone in each car, for example), and the materials are without exception extremely costly. 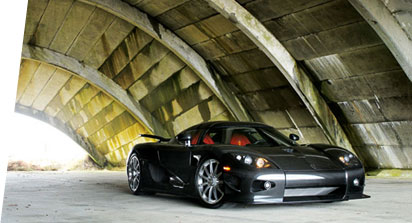 CCXR – THE FIRST GREEN SUPERCAR
The CCXR will take you to an entirely new level of performance. It is a derivative of the CCX, with a highly modified engine that can run on E85 and E100 Biofuel as well as normal 98 octane petrol (Europe). When run on regular petrol, the 4.7 litre twin-supercharged Koenigsegg engine delivers 806 Bhp, but this figure rises to an astonishing 1018 Bhp when the car is run on E85 Biofuel. The CCXR is the first green supercar in the world and thereby sets a great example for others to follow. Since the ethanol in E85 fuel has a much higher octane rating and internal cooling capacity, the engine can run with higher compression, boost pressure and more spark advance compared to the normal petrol-fuelled CCX, whilst still maintaining the same exhaust temperature.