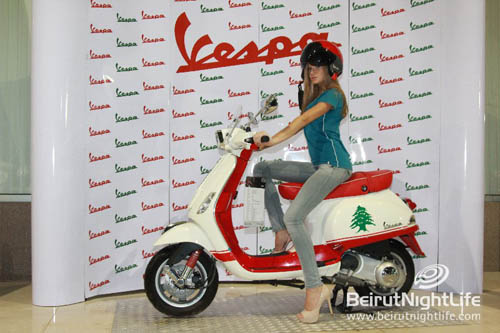 In a recall of the Italy Vespa, the Italian Embassy in Baabda hosted the launch of the first Vespa exhibition in Lebanon. The event is the product of collaboration between the embassy, the Italian Cultural Institute, the Piaggio Group Italy and A.N. Boukather sal.

In post-World War II Italy the Piaggio Vespa became the standard for scooters, and has remained so for over 60 years. D’Ascanio’s 98 cc scooter had various radical design concepts, including a sleek, stress-bearing structure. The gear shift lever was moved to the handlebars for easier riding. The engine was placed near the rear wheel, eliminating the belt drive. The typical fork support was replaced by an arm similar to an aircraft carriage for easier tire-changing. The elegantly-styled body protected the driver from wind and road dirt, and bore little resemblance to uncomfortable and noisy motorcycles.