Is the flying car FINALLY here?

The first flying cars are set to go on sale to the public as early as 2015.


Terrafugia has announced its Transition design, which is part sedan, part private jet with two seats, four wheels and wings that fold up so it can be driven like a car, will be on sale in less than two years.


The Massachusetts-based firm has also unveiled plans for a TF-X model that will be small enough to fit in a garage, and won’t need a runway to take off. 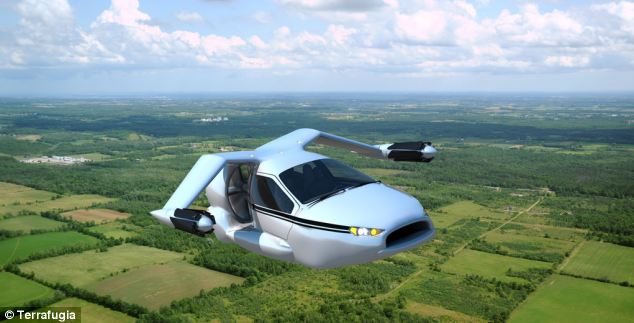 And Terrafugia says owners must have pilot’s licenses, and will need to pass a test plus complete 20 hours of flying time to be able to fly the car.


Despite the advances in technology the Transition demonstrates, critics have said that it is still not the vision of flying cars seen in many sci-fi films.

To answer these critics, Terrafugia has now also released designs for a TF-X Model of its Transition range.

Whereas the Transition requires a runway, the TF-X can take off from a vertical position because of motorised rotors on the wings.


These rotors will work in a similar way to helicopter rotors.


Being able to take off from standstill means owners will be able to go from the road to the air straight from their driveways, car parks and even when stuck in traffic. 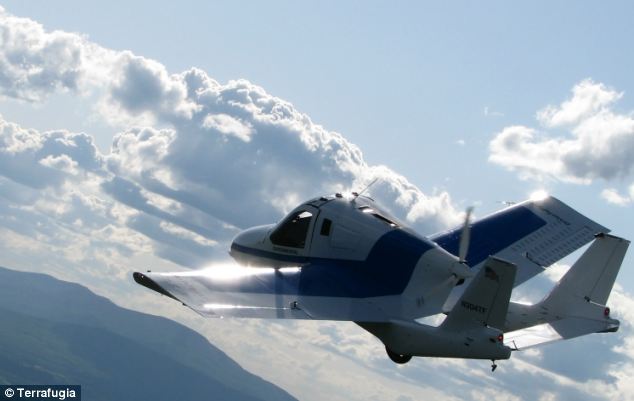 Although you will still need at least 100 feet in diameter in order to open the wings.


According to Terrafugia, the vehicle will carry four people ‘in car-like comfort’.

It is expected to be able to fly, nonstop, for 500 miles.

The TF-X model has not been tested yet, and prices haven’t been announced.


Terrafugia hopes to have working models of the TF-X available for sale within eight to 12 years.


Like with the Transition, you will need 20 hours of flying and a pilot’s licence to drive it, though.


The flying car has always had a special place in the American imagination.


Inventors have been trying to make them since the 1930s, according to Robert Mann, an airline industry analyst who owns R.W. Mann & Co. in Port Washington, New York. 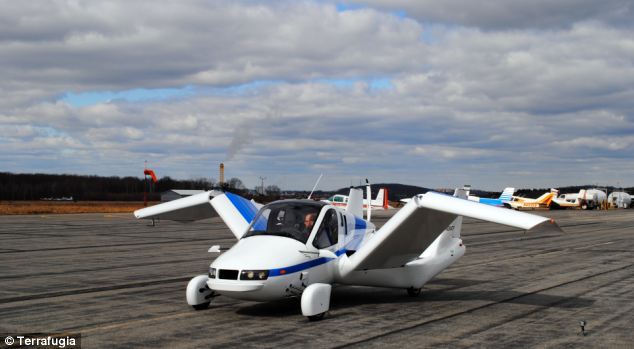 But Mann thinks Terrafugia has come closer than anyone to making the flying cars a reality.


The government has already granted the company’s request to use special tires and glass that are lighter than normal automotive ones, to make it easier for the vehicle to fly.

The government has also temporarily exempted the Transition from the requirement to equip vehicles with electronic stability control, which would add about six pounds to the vehicle.


Mann questions the size of the market for the Transition. The general aviation market has been in decline for two decades, he said, largely because of fuel costs and the high cost of liability for manufacturers. Also, fewer people are learning how to fly.

‘This is not going to be an inexpensive aircraft to produce or market,’ he said.


‘It has some uniqueness, and will get some sales, but the question is, could it ever be a profitable enterprise?’

Mann sees the western US as the most likely market, where people could fly instead of driving long distances.

Terrafugia has been working on flying cars since 2006, and has already pushed back the launch once. Last summer the company said it would have to delay expected 2011 deliveries due to design challenges and problems with parts suppliers.