Hyundai’s Luxury has a New Address 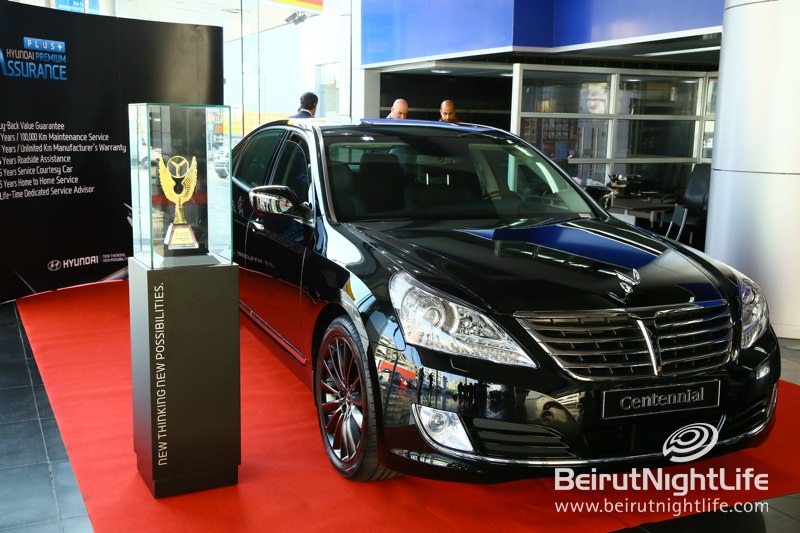 On Thursday May 9th, Century Motor Company, the sole agent and distributor of Hyundai in Lebanon, hosted an elegant event on the second floor of its headquarters in Zalka to celebrate the opening of its new luxury showroom.

During the ceremony, Mr. Walid Rasamny, Chairman of the Board of Century Motor Company, expressed his delight with the substantial increase in sales that Hyundai has been experiencing since 2005 and the achievements it has known since the company started expanding throughout Lebanon. Mr. Rasamny also explained that the expansion was supported by the enhancement of the company’s After-Sales Services, which included the addition of a second truck to their Home-to-Home Service, and the opening of 2 new garages in Biakout and Zahleh. He also proudly announced that Hyundai’s 4×4 range was named the number one selling SUV range in Lebanon for the first quarter of 2013.

A live music band entertained the guests throughout the ceremony which was topped off by a test drive where each guest got the chance to take the car of their choice for a ride.

This year, Hyundai will be focusing on its luxury car range, which has enjoyed an immense success, especially with the Centennial being named the Best Car in the Middle East for the year 2012 by Sport Auto.

A lot of luxury awaits Hyundai’s clientele; the new Luxury Showroom is only one of the many surprises Century Motor Company is planning for this year, proving once again that New Thinking leads to New Possibilities.