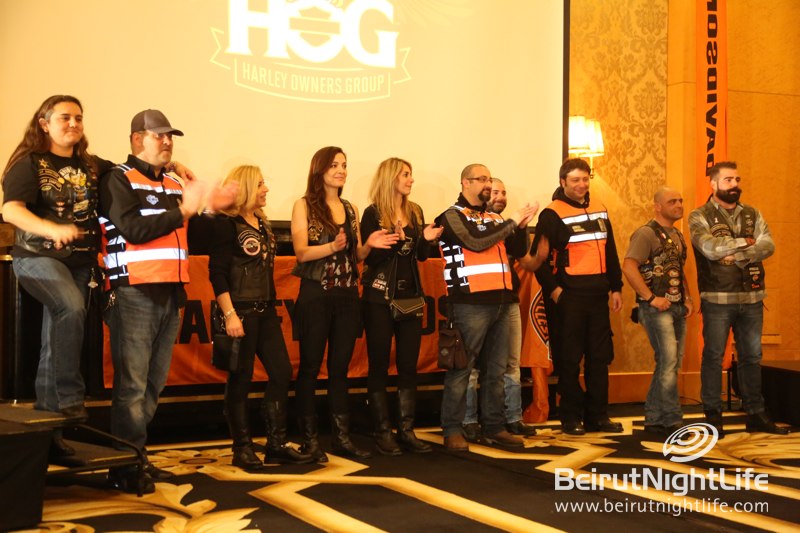 Harley enthusiasts got together to plan next year’s activities in Lebanon last weekend. The H.O.G. Lebanon Chapter #9502 held its annual general assembly on Sunday at the Four Seasons Hotel Beirut, Zaitunay Bay- starting 9:30 a.m.  The general assembly’s aim is to introduce the committee, road team, and rides & events planned for 2014. Founded in June 2009, the Chapter is sponsored by Harley-Davidson® Lebanon and has over 300 members. The Chapter is young at heart and vibrant with activities year round, such as the H.O.G. Lebanon Tour, which continues to exceed expectations and has proven itself to be a not-to-miss regional H.O.G. event. The members are all about getting together, having a great time, riding safe and contributing with a humanitarian cause to various charities in Lebanon.