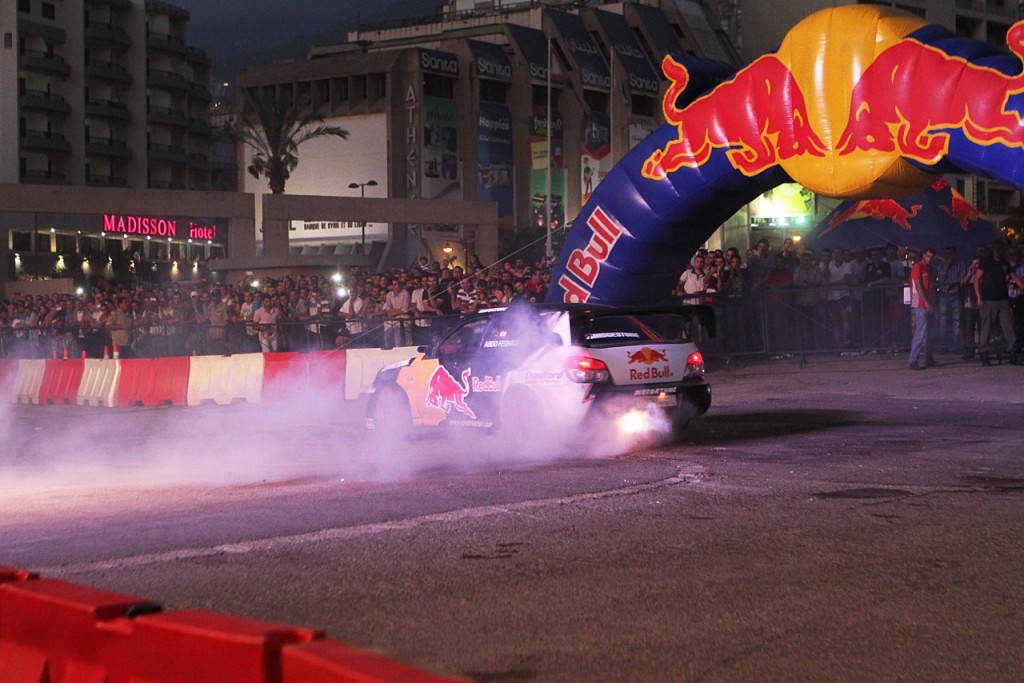 In front of more than 5000 spectators gathered in the backyard of Fouad Chehab Stadium in Jounieh, driver Firas Khaddaj was crowned local champion of Red Bull Car Park Drift thus qualifying to represent Lebanon in the regional finals.

The competition was held in cooperation with the Automobile and Tourism Club of Lebanon (ATCL) and sponsored by Chevrolet. This year’s championship was similar to the regional event held in Beirut last year as to the level of performance and professionalism as well as to the huge crowd to attend the event. The drivers offered amazing shows making spectacular turns with hand brakes and special drifting techniques. 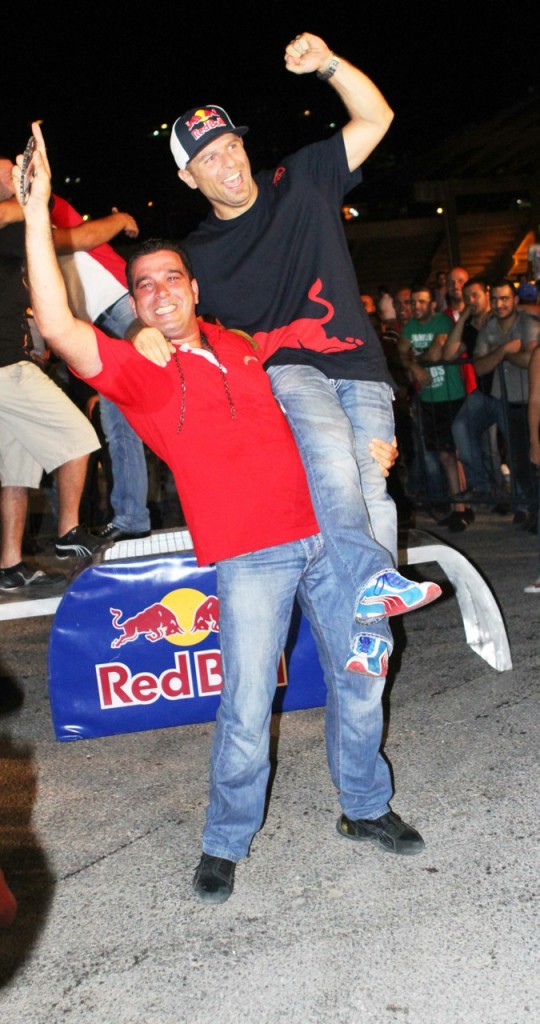 Khaddaj won after fierce competition between 24 drivers who were selected during a pre-qualifying session held at Camille Chamoun Sports City in Beirut a week before. Candidates underwent a first round where 11 drivers qualified to the second round because of a tie in 10th position. Drivers were high on enthusiasm in the second round, the five finalists were announced and Firas Khaddaj dominated the final round followed by Jad Himo in second position and Michel Zgheib in third.

In the occasion, Alberto Chahoud, Regional Communications Manager for Red Bull, addressed the public thanking the support of local authorities, Security Forces, Civil Defence, and the Red Cross; and praising the influence of the media in developing auto sports in Lebanon. He also thanked the strategic sponsorship of Chevrolet, Rotana Delta Radio, and LBCI.

The jury was composed of Speed Champion M. Abdo Feghali, Chief Editor of Sport auto magazine M. Gerard Sonal, and ATCL representative M. Nabil Konboz. Feghali explained the technical standards adopted to judge the candidates and explained that “the final score is based 70% on the art of drift, the remaining percentage being equally distributed between engine roaring and tyre smoke, cheering of the crowd and car’s appearance”. However, he also pointed that “in this season, we stress on additional rules stating that penalty points are subtracted off the driver’s score when he makes specified errors such as hitting the separators limiting the track, going out of track, or self-spinning”. The Red Bull athlete also praised the candidates’ high level of competition which “reflected great awareness of drifting arts in Lebanon and the region”.

The event was hosted by M. Najib Kaï who introduced the drivers. At the end of the competition, Khaddaj expressed his pride to represent Lebanon in the regional finals and his will to bring the title back to Lebanon as he was Red Bull Car Park Drift Regional Champion two years ago but ranked second after Saudi driver Said Al Moori last year. The event held in cooperation with LBCI and Rotana Delta Radio is part of the regional qualifiers also including Jordan, Kuwait, UAE, KSA, Oman, Egypt, Iran, and Bahrain. 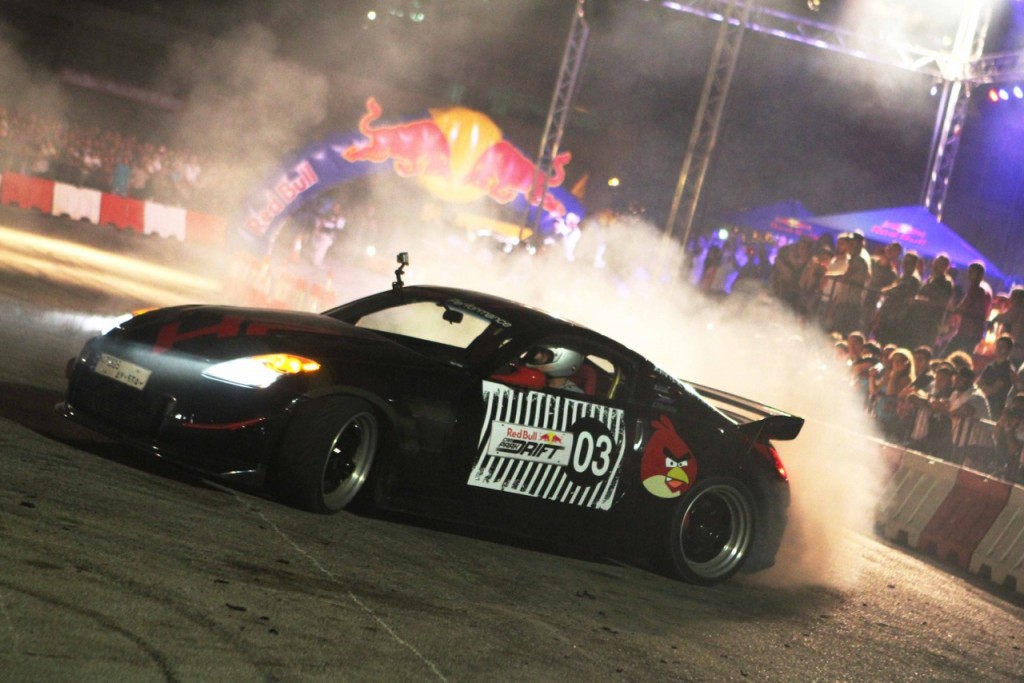