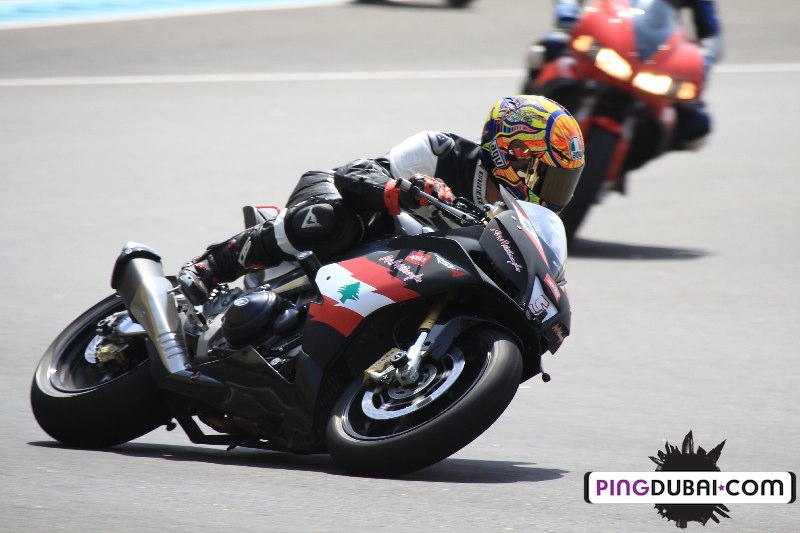 PingDubai.com and BeirutNightLife.com were invited to be part of the first California Superbike School in the Middle East, which took place this week in Abu Dhabi, at the YAS Circuit. The invitation came from AnB Motorcycles, the official agents for Aprilia motors in Lebanon.

My partner Anthony R. and I reached the Crown Plaza Yas Hotel on Thursday evening along side 100 students, 30 of which were from Lebanon. We all met for breakfast at  6:15AM the next day before heading out to the circuit at 6:45AM.

Before the action started, we were happy to find out that Nadim Mehanna from the Motor Show ME along with his colleague Jinane Khoury, as well as Tanguy Fauchon from Light FM as a driver,  and of course Aprilia Italian directors were there with Lebanon’s distributor.

Registration started at 7:00AM at the circuit. Due to the early hour, there were a few sleepy faces around. But the majority of the crowd looked excited in anticipation for the action  on the track to start.

The show started with an opening session introducing the event’s instructors, the schedule for the next 48hours and guidelines the students should follow. Then after the students were split into groups according to their levels. Students in each level had the chance to complete a full day on the track and obtain a certificate which enables them to move onto the next . Technical sessions were  given to the teams before they hit the track. 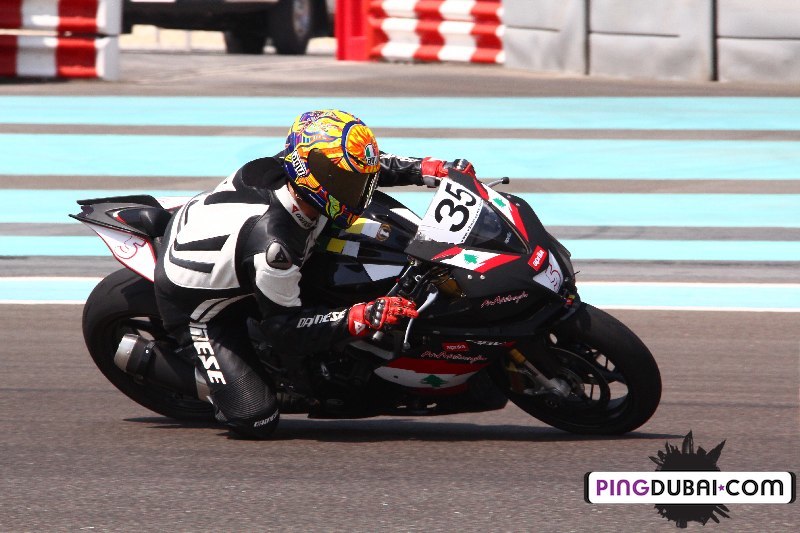 The bikes lined up on the pit lane to start. The sound of engines roaring raised the adrenaline level.

I have to tell you the circuit is amazing and the feeling to be on the PIT LANE is indescribable – I could only imagine what the students were  feeling. The day kept going from a session to another, each group completing their course, then sitting with instructors for tips and advice on how to avoid mistakes. 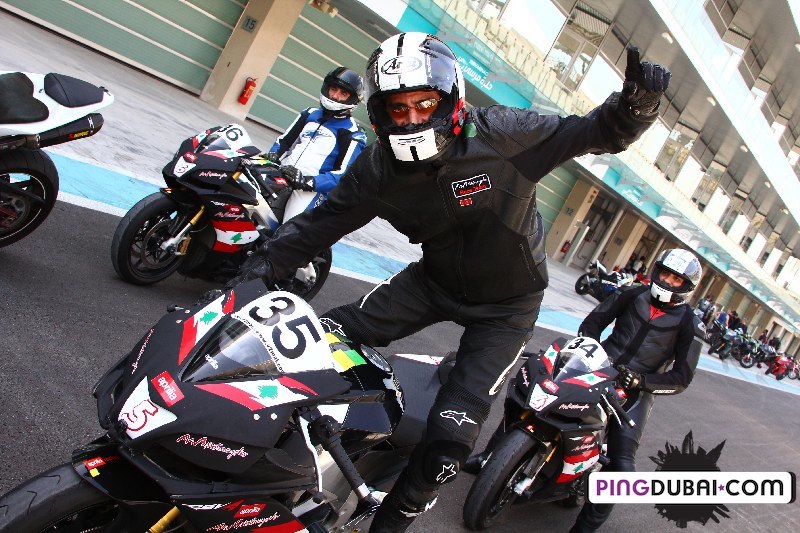 Lunch was then served. Great food from Radisson Yas.

Afternoon sessions then resumed with theory classes and more rounds on the circuit. The students are more confident now to showcase their best before they get promoted to the next level.

After a long day, we headed back to prepare the photos before the evening gathering held by AnB Motorcycles, where over 1,200 photos were previewed on the screens.

Speech were given by various people, including Mr. Nicolas Abou Khater and Aprilia Motors Director, as well organizers from Lebanon and officials from the California School Drivers.

The next day, all the students were promoted onto the next level. The program included different courses for different levels.

Level four students hit the circuit with nice moves, high speeds and flying laps.  The sounds of engines was amazing, and again indescribable – it just makes you jealous you are not there driving. It was a blast with amazing performance which you can feel in the below photos.

PingDubai.com and BeirutNightLife.com enjoyed the experience, and special thanks go to AnB Motorcycles for this opportunity.

A full album of the event can be viewed on: